TEHRAN, September 11 -The ongoing aggression by the Saudi-led coalition has devastated Yemen, one of the poorest countries in the Middle East. The war is estimated to have cost the Saudis upwards of $100 billion, eroded the international image of the kingdom and failed to achieve any of its objectives. 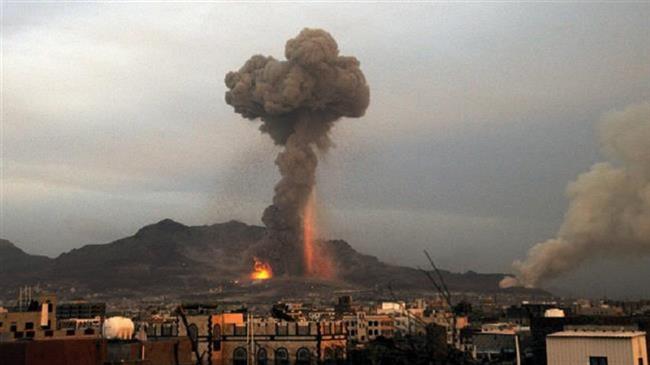 TEHRAN, Young Journalists Club (YJC) - In March 2015, Saudi Arabia and a coalition of its regional allies, mainly the United Arab Emirates and Jordan, started a war against Yemen with the declared aim of crushing the Houthi Ansarullah movement, who had taken over from the staunch Riyadh ally and former President Abd Rabbuh Mansur Hadi, while also seeking to secure the Saudi border with its southern neighbor. More than three years later and over 15,000 dead and thousands more injured, the war has yielded little to that effect.

At the onset of the war, the Saudi king and his heir, Crown Prince Mohammed bin Salman, were confident that their clear military advantage would provide for an easy victory, which would in turn cement Riyadh’s position as a formidable force in the region.

In its campaign against Yemen, Saudi Arabia enjoys intelligence and logistical aid from the Americans, and has the fourth largest security budget in the world as well as advanced weaponry at its disposal.

Yet, the kingdom is finding it difficult to defeat a determined Yemeni army and resistance groups such as Ansarullah. In fact, in addition to holding on to the Yemeni capital, Sana’a, and other key areas, Yemeni army forces, supported by allied fighters from Popular Committees have fired over hundreds of missiles deep into Saudi territory and have captured over one hundred square miles within the kingdom.

In addition to that, the war has made both Saudi Arabia and the UAE less secure than they were before.

At the same time, the people of Yemen have suffered immensely from the US-backed Saudi campaign, which has killed thousands of Yemeni civilians, destroyed the country’s infrastructure, and has created the conditions for the world’s worst cholera epidemic.

The war in Yemen has also exposed the tenuous nature of Saudi Arabia’s relationships with its so-called principal allies.

The Saudis expected Pakistan and Egypt to offer up cannon fodder to fight their war, but both governments wisely demurred from participation in the ground war. Pakistan declared its neutrality in the conflict. Egypt’s government remembered the bitter fruits of its previous quagmire in Yemen in the 1960s and made sure not to repeat that mistake. Instead, Cairo sent a small contingent of several hundred soldiers and three to four ships to assist Riyadh.

And in some instances, even those Arab states that agreed to participate in the Saudi-led campaign developed conflicts of interest with Riyadh over the course of the fighting. For example, the Saudis and the Emirates are backing forces that are at odds over the future of Yemen and this created friction that has at times erupted into violence between local actors.

Some terrorist groups such as al-Qaeda in Yemen have grown in weapons and number since the start of the Saudi campaign nearly four years ago.

But the persistence and resistance of Ansarullah is a clear indicator that the Yemeni people are still not intimidated by the Saudi regime and its backers. They still control Sana’a and other major cities. The coalition's campaign to seize the major port of Hudaydah has not materialized as a lightning or “golden” victory as the Saudi-led coalition had promised.

Despite these very early setbacks, the Saudis and their allies continue to plow ahead blindly and stubbornly. The coalition is not meaningfully closer to achieving its goals than it was three years ago, and they likely never will be.

Human Rights Watch says a so-called investigatory body, overseen by Saudi Arabia, has been covering up war crimes committed by the kingdom in Yemen.

In the latest act of aggression, an attack by Saudi Arabia killed 40 children aged from six to 11 who were being taken on a school trip. Eleven adults also died. Local authorities said that 79 people were wounded, 56 of them children.

According to reports based on analysis of the debris, the bomb dropped on a school bus in Yemen by a Saudi-led coalition warplane was sold to Riyadh by the US. The weapon used was a 227-kg laser-guided bomb made by Lockheed Martin, one of many thousands sold to Saudi Arabia as part of billions of dollars of weapons exports.

Saudi Arabia is the biggest single customer for both American and British arms industries. The US also supports the Saudi-led coalition with refueling and intelligence.

The United States, Britain, France and some other Western countries have chosen the most indefensible side of the Saudi regime, trying to reimpose a discredited administration of Hadi at the expense of the civilian population.