TEHRAN, September 12 - Japanese Prime Minister Shinzo Abe, speaking in Vladivostok after meeting Chinese leader Xi Jinping, said on Wednesday they had agreed to work toward an October visit by him to China, the latest sign of warming ties between the Asian rivals. 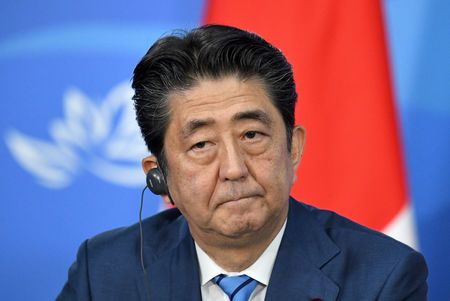 TEHRAN, Young Journalists Club (YJC) - Abe also said he and Xi shared the view that Japan and China bore responsibility for world peace and prosperity as well as the goal of achieving North Korea's denuclearization.

His comments, made on the sidelines of a regional forum in the east Russian city, were aired on Japan's NHK public broadcaster.

Abe returned to office for a rare second term in December 2012 promising a hard line toward China in a territorial row over tiny islands in the East China Sea.

But although the dispute simmers, relations have stabilized recently amid intensifying U.S. trade pressure on both China and Japan.

Abe has said he hopes Xi can come to Japan soon, a reciprocal visit that he said would put ties on a "new level".

Japanese media have floated Oct. 23, the date on which a Sino-Japanese friendship treaty took effect in 1978, as the likely timing of Abe's visit to China.

Japanese and Chinese officials have been discussing private sector cooperation in third countries, with China believed eager for Japanese firms to take part in its Belt and Road Initiative of infrastructure and trade links between China and Eurasia.