TEHRAN, September 12 -Early September in Cupertino, Calif., usually means one big thing -- Apple's next iPhone is about to be unveiled. 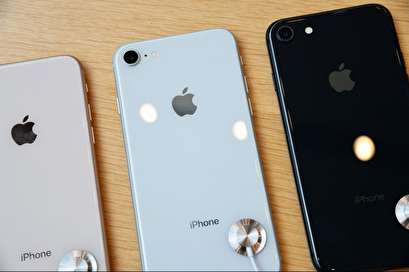 TEHRAN, Young Journalists Club (YJC) -Early September in Cupertino, Calif., usually means one big thing -- Apple's next iPhone is about to be unveiled.

Apple is expected Wednesday to unveil the next version of its popular smartphone and other hardware at an event in California that's already created a lot of buzz and a heap of speculation.

The event will be held at the Steve Jobs Theater at Apple Park in Cupertino at 10 a.m. PDT and will be streamed live online via Apple's website.

Apple's iPhone is traditionally the focus of its annual September special events and the company is expected to announce three new models on Wednesday.

Reporting by Apple analyst Ming-Chi Kuo, 9to5Mac and others throughout the past year suggests Apple will release an updated version of its latest iPhone X model, to be known as the iPhone Xs.

The phone is said to feature the same 5.8-inch display as the iPhone X but include more expensive and colorful OLED panels and L-shaped batteries to improve battery life.

A larger version of the phone with a 6.5-inch display is also expected. It would be one of the largest mass-market phones on the market, measuring about an inch larger than the screen on Apple's current largest phone, the iPhone 8 Plus.

It's been reported Apple will also change its naming convention for the new model and dub it the iPhone Xs Max, dropping the "Plus" suffix that's traditionally been given to larger iPhone models.

The iPhone Xs and iPhone Xs Max will also include up to 512GB of storage -- twice as much as any current iPhone model, according to Kuo.

Both phones are expected to be made available in the gray and silver colors as the current iPhone X as well as a new gold color.

A third, lower cost model is also expected to be announced -- with a 6.1-inch screen and the same A12 processor as the other iPhones, but lower storage options, less RAM, a single 12-megapixel camera, a lower resolution screen and a smaller battery. The phone will also feature aluminum edges instead of the stainless steel used on the iPhone X models and come in multiple colors like gray, red, white, blue and orange.