TEHRAN, September 12 - The British government has slammed Russia’s most recent clarifications on a spy poisoning case that has caused bilateral relations to sink to historic lows, saying Moscow has responded with nothing but “lies” to requests for more investigation into the issue. 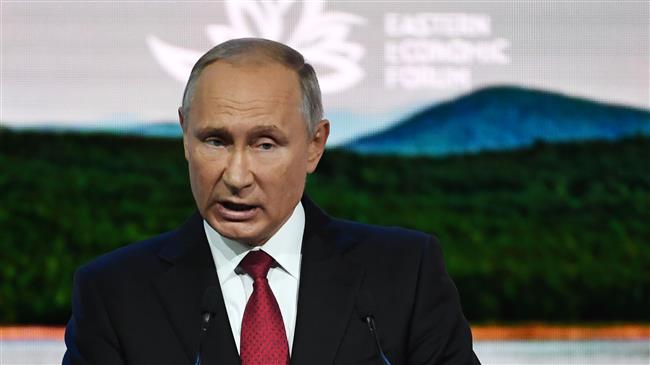 The spokesman said Russia was continuing to stick to a pattern of “obfuscation and lies” when responding to allegations that the government in Moscow was directly involved in the poisoning of Skripal and his daughter in March in the southern English city of Salisbury.

“We have repeatedly asked Russia to account for what happened in Salisbury in March, and they have replied with obfuscation and lies,” the official told reporters.

The remarks came after Putin challenged Britain’s account that the two men suspected of carrying out the poisoning attack were agents of the Russian military intelligence service, known as the GRU.

Putin said Wednesday that Russia knew the real identity of two men, identified by British prosecutors as Alexander Petrov and Ruslan Boshirov, adding that the pair had nothing special in terms of criminal records.

“We of course checked who these people are. We know who they are, we found them. Well, I hope they will come out themselves and speak about themselves,” Putin said while speaking in an economic forum in Vladivostok, adding, “There’s nothing special and criminal about it, I assure you. They are civilians of course ... They will come somewhere, to you, the mass media...”

The British government spokesman reiterated allegations that the two men, who had allegedly travelled to Britain under aliases, had tried to murder the Skripals with a military-grade nerve agent.

“These men are officers of the Russian military intelligence service, the GRU, who used a devastatingly toxic illegal chemical weapon on the streets of our country,” said the official.

Despite suffering rounds of sanctions and diplomatic actions from the West, Russia has insisted that it had no role in the Skripal case. Some officials in Moscow have said that the entire story was a fabrication by British intelligence services in a bid to pile more pressure on Russia.