TEHRAN, September 12 -A leaked study has found that Catholic priests in Germany sexually abused thousands of children over the course of nearly seven decades. 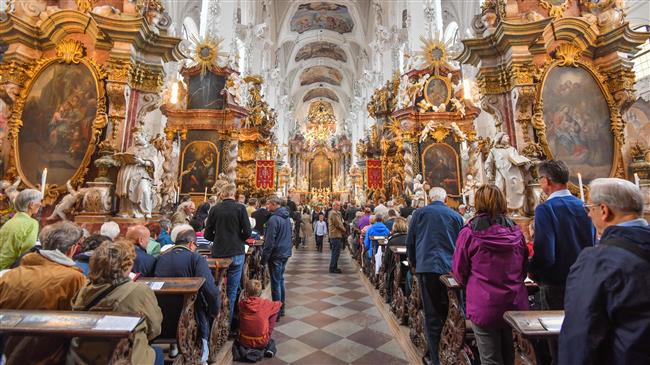 TEHRAN, Young Journalists Club (YJC) - Der Spiegel news magazine quoted a leaked copy of a study commissioned by the German Bishops' Conference as saying that 1,670 clerics and priests had sexually abused 3,677 minors, mostly boys, in Germany between 1946 and 2014.

Over half of the victims were aged 13 years or younger when they were abused, the study, showed after examining 38,000 files from 27 dioceses.

Bishop of Trier Stephan Ackermann confirmed the report, saying the Church was aware of the extent of abuse by the priests.

"It is depressing and shameful for us," he said in a statement on Wednesday.

The study was expected to be presented officially on September 25.

The document, which was compiled by three German universities, showed that evidence, in many cases, was destroyed or manipulated.

According to the study, clerics accused of sexual abuse were often transferred to another location without providing "appropriate information" about them to the new site.

Only one third of those accused were subject to disciplinary hearings by the Church and sanctions imposed were at most minimal, the report said.

There are widespread accusations that the Catholic Church not only ignored, but even covered up cases of child abuse.

Pedophilia in Catholic churches has done enormous damage to its image.

Pope Francis, who was appointed in 2013 with a mandate to overhaul the Vatican, said that there would be a "zero tolerance" approach to clerical sex abuse. He promised to take strong action in response to accusations of cover-up and leniency by the Vatican.

However, Francis has been accused of being too soft on pedophiles. His credibility on the issue has been hit by a series of missteps and victims' organizations maintain that the Church remains reluctant to hand pedophile priests over to criminal justice authorities.