US going through worst period in its history: Iranian president

TEHRAN, September 13 - Iran’s President Hassan Rouhani says the United States is currently going through one of the darkest periods in its history both at home and on the international scene, where it has lost even the support of its traditional allies. 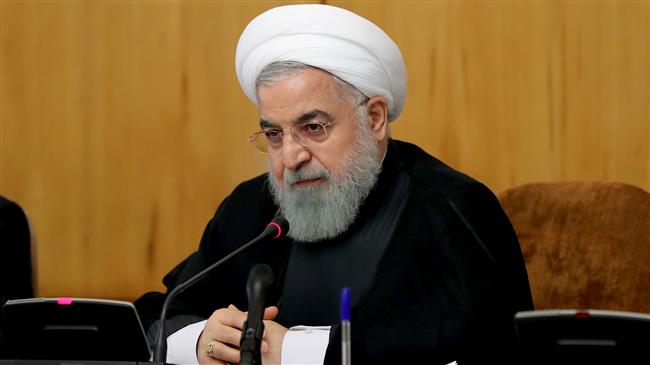 TEHRAN, Young Journalists Club (YJC) - Addressing Wednesday's cabinet meeting, Rouhani said today, the situation in the United States' domestic politics greatly differs from the past, and that America is currently experiencing one of the worst eras in its history.

“Today, there are few researchers, intellectuals and experts in the US that share the same opinions as those in the White House, and some of them even explicitly refer to (American statesmen) as idiots,” he said. “This has rarely happened in US history.”

“Today, Washington's allies are not standing by it politically, and even its traditional partners are proudly distancing themselves from the US,” he added.

Rouhani also stressed that only a few “ill-famed” countries are currently supporting Washington.

Referring to Washington’s stepped-up pressure campaign against Iran following its withdrawal from the 2015 nuclear deal, Rouhani said the Islamic Republic is facing an “unsolicited” economic war and dealing with parties that have no respect at all for international law.

The comments came days after US National Security Adviser John Bolton threatened sanctions against the ICC should The Hague-based court proceed with launching an investigation into alleged war crimes committed by US forces in Afghanistan or conduct any probe into Israel or other US allies.

Back in May, US President Donald Trump pulled his country out of the 2015 Iran deal, officially known as the Joint Comprehensive Plan of Action (JCPOA), despite objections from the other signatories to the accord.

Trump introduced the first wave of anti-Iran sanctions in August and threatened that the second wave would “ratchet up to yet another level” in November.

Nevertheless, the IAEA has repeatedly confirmed Iran's full compliance with the JCPOA, which has been endorsed by UN Security Council Resolution 2231.