TEHRAN, September 13 - Iran and the European Union held the third round of talks on the war in Yemen and ways to end foreign military aggression against Yemeni people. 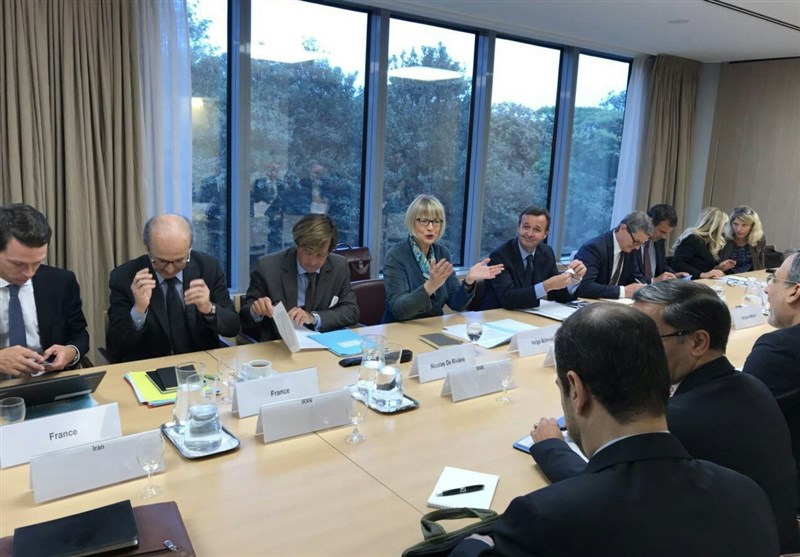 TEHRAN, Young Journalists Club (YJC) - An Iranian delegation led by Foreign Minister's Special Assistant for Political Affairs Hossein Jaberi Ansari held the meeting with representatives from the European Union and from Germany, France, Italy and Britain, in the Belgian capital of Brussels on Wednesday evening for talks about the war on Yemen.

In the third round of such negotiations, the parties explored avenues for ending the imposed war and resolving a humanitarian crisis that has plagued the Arab country since the start of the Saudi-led military campaign.

At the conclusion of the gathering, Jaberi Ansari briefed the Europeans on the results of a recent trilateral summit of Iran, Russia and Turkey, which was held in Tehran on the peace process in Syria and the future of the city of Idlib.

The Iranian diplomat, who arrived in Brussels on Wednesday after a trip to Geneva, had a one-on-one meeting with Schmid before the multilateral meeting to discuss the latest regional developments, particularly the efforts for peace in Syria and Yemen.

Saudi Arabia has been leading a deadly campaign against Yemen from the air, land, and sea since March 2015 in an attempt to reinstate former president Abd Rabbuh Mansur Hadi, a staunch ally of Riyadh, and to undermine the Houthi Ansarullah movement.

Over the past three and a half years, the Houthis have been running state affairs and defending Yemeni people against the Saudi aggression.

The aggression has killed over 15,000 people and taken a heavy toll on the country's facilities and infrastructure, destroying many hospitals, schools, and factories.