TEHRAN, September 13 - Iran’s ambassador to Vienna-based international organizations, Kazem Gharibabadi, said the remaining parties to the 2015 nuclear deal known as the Joint Comprehensive Plan of Action (JCPOA) should ensure that the deal would serve the Islamic Republic’s interests. 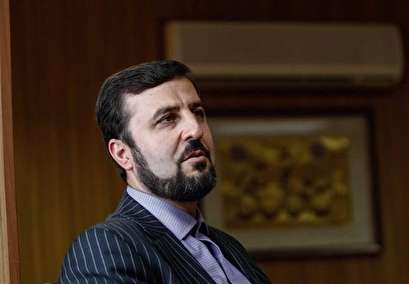 TEHRAN, Young Journalists Club (YJC) - “While Iran has continued its cooperation with the International Atomic Energy Agency (IAEA) in an effective way based on goodwill, unfortunately, our interests have not been fully served based on what has been mentioned in the nuclear deal,” Gharibabadi said, addressing an IAEA Board of Governors meeting in Vienna on Wednesday.

He further described the US withdrawal from the JCPOA and the re-imposition of sanctions on Iran as “unilateral and illegal” and “a fundamental violation” of the UN Security Council Resolution 2231 and said by such moves, Washington is disrespecting the international community’s views on the deal.

Unlike the US, Iran has behaved responsibly and fulfilled its obligations so far, he said, adding that as it has been repeatedly stated, full and honest implementation of the obligations of all parties is a “fundamental basis” for the continuation of the JCPOA.

“If we want to continue the nuclear deal, the remaining parties to this agreement should guarantee that Iran's interests in the JCPOA is served by adopting appropriate practical measures,” the diplomat said.

On May 8, the US president pulled his country out of the JCPOA, which was achieved in Vienna in 2015 after years of negotiations among Iran and the Group 5+1 (Russia, China, the US, Britain, France and Germany).

Later on August 6, Donald Trump signed an executive order re-imposing many sanctions on Iran, three months after pulling out of the Iran nuclear deal.