Reuters reported: the new plan of the American Senators for imposing sanction on the Iraqi Resistance Groups 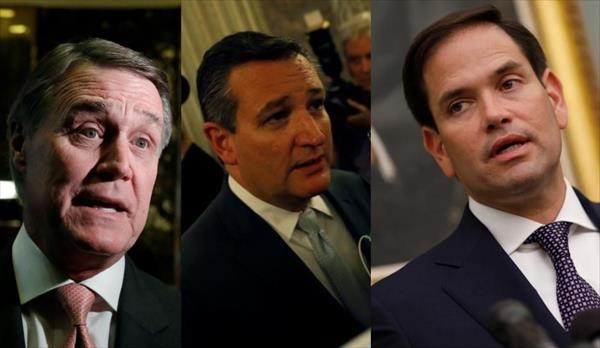 TEHRAN, Young Journalists Club (YJC) - According to the report of al-Nujaba's Centre for Public Relations and Media Affairs in Iran, Reuters news agency reported that the bill of the act was drafted in the US Senate and it mentions that the Iraqi Resistance Groups having ties with IRI Revolutionary Corpse will go under the economic sanctions of the United States.

According to Reuters, the aforesaid Act is named  "the Iranian Proxies Terrorist Sanctions Act” and three hard-liner Republican senators "David Perdue", "Ted Cruz" and "Marco Rubio" follow and support it.

The plan requires the US Department of State to collect and provide a list of these groups.

It is noteworthy that "Ted Poe" previously  introduced another similar bill for imposing sanctions on al-Nujaba Islamic Resistance to the US Congress.