Macron admits systematic use of torture in Algeria war

TEHRAN, September 13 - France has admitted that it instigated a "system" that led to torture during Algeria's independence war in the 1950s and 1960s as it comes to grips with its long-suppressed legacy of colonial crimes. 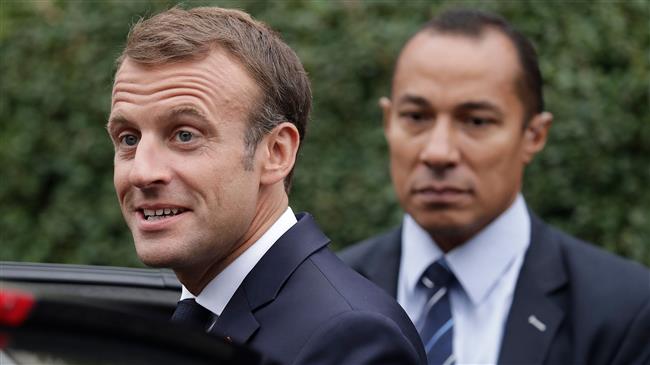 TEHRAN, Young Journalists Club (YJC) - President Emmanuel Macron will also announce "the opening of archives on the subject of disappeared civilians and soldiers, both French and Algerian," the Elysee Palace said in a statement on Thursday.

“A general dispensation, by ministerial decree, will be granted so that everyone — historians, families, associations — can consult the archives for all those who disappeared in Algeria,” the statement read. “We’re putting the issue of the missing in the center.”

According to the statement, Macron will formally acknowledge that mathematician Maurice Audin who disappeared in 1957 "died under torture stemming from the system instigated while Algeria was part of France."

Audin was 25 when he was arrested at his home by French paratroopers on accusations of harboring armed members of the Algerian Communist Party.

Audin, an assistant professor at the University of Algiers, was tortured repeatedly in a villa in the Algiers neighborhood of El Biar. His widow Josette was told 10 days later that the mathematician had escaped while being transferred between jails.

This remained the official version of events until 2014, when Macron's predecessor Francois Hollande acknowledged that Audin died in detention.

Macron sparked controversy on the campaign trail last year by declaring that France's colonization of Algeria was a "crime against humanity". He later walked back the comments, calling for "neither denial nor repentance" over France's colonial history.

"We cannot remain trapped in the past," he said.

Macron has shown a rare willingness to wade into the memory of Algeria, arguably the most sensitive chapter in the French experience of the 20th century.

Reacting to the latest development, historian Sylvie Thenault wrote on the Conversation news website that the French state's acknowledgement that Audin's death resulted from a "system" pointed to a broader recognition of wrongdoing.

During the 1954-62 war, French forces brutally cracked down on independence fighters in the colony ruled by Paris for 130 years, which claimed some 1.5 million Algerian lives.

The French state has never previously admitted that its military forces routinely used torture during the war.

Algerians each year remember May 8, 1945 as a day France initiated a campaign of carnage, known as Setif massacres.

A two-week spree of murder, rape and mutilation and the bombing of Algerian towns led to the deaths of tens of thousands people, according to some accounts.

Conquered by France in 1837, Algeria was a colony. By the 1950s, it was home to millions of French settlers.

In 2014, former President Hollande formally apologized for a similar massacre in Senegal.