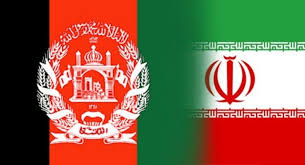 Deploring the growing activities of Daesh in Afghanistan in recent months, the two officials reaffirmed commitment to combat Takfiri terrorist groups and stressed the need for coordinated efforts by Tehran and Kabul in this regard.

They also talked about threats posed by climate change and water scarcity, emphasizing that the issue of water should be a key point in Iran-Afghanistan cooperation.