TEHRAN, September 14 - The United States on Thursday imposed sanctions on a China-based tech firm, its North Korean CEO and a Russian subsidiary, accusing them of moving illicit funding to North Korea in violation of U.S. sanctions. 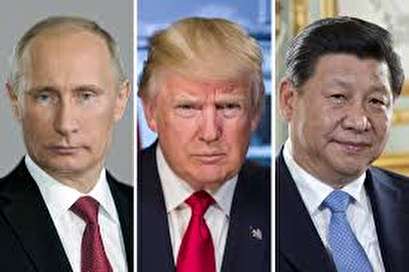 "These actions are intended to stop the flow of illicit revenue to North Korea from overseas information technology workers disguising their true identities and hiding behind front companies, aliases, and third-party nationals," Treasury Secretary Steven Mnuchin said in a statement.

Mnuchin warned companies across the globe "to take precautions to ensure that they are not unwittingly employing North Korean workers for technology projects."

South Korea's foreign ministry said the move was in line with the United States' resolve to keep up sanctions to achieve complete denuclearization of the Korean peninsula while carrying out dialogue.

A manager at Yanbian Silverstar, who would only give his family name Jin, said the allegations were "impossible".

The administration of U.S. President Donald Trump has maintained sanctions pressure on Pyongyang in an effort to convince North Korea to give up its nuclear weapons, which are a threat to the United States.

Trump met North Korean leader Kim Jong Un in June at a summit in Singapore where Kim agreed in broad terms to work toward denuclearization of the Korean peninsula.

North Korea has however given no indication it is willing to give up its weapons unilaterally, as the Trump administration has demanded.

Washington has also accused Russia of violating U.N. sanctions on North Korea by granting work permits to North Korean laborers despite Russia's denial of any such actions.