TEHRAN, September 14 - Surrounded by other people's belongings piled high on beds, Georgie Ndab wants to leave Tunisia's only migrant centre and take her baby to Europe. 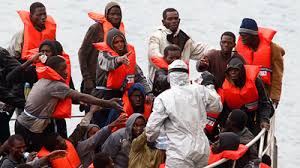 TEHRAN, Young Journalists Club (YJC) - "I spent eight months in prison in Libya. I want to go to Europe to guarantee my son a good education," said Ndab, a 21-year-old from Cameroon.

Sitting in a small room in suffocating heat, she pours talcum powder on baby Moses in an effort to relieve the eight-month-old's irritated skin.

"I thank Tunisia, but the situation here isn't good, and my direction is Europe, France," added Ndab, who travelled through Nigeria and Niger to reach North Africa.

She is one of 247 people, including 15 children, living at the Red Crescent centre in the southern town of Medenine.

The facility is the only one in Tunisia to host migrants who reached the country illegally, either being picked up by authorities near Libya or in waters off the country's coast.

The three-storey building is overcrowded, with just half the number of beds needed and three kitchens and bathrooms for everyone.

Francis Lele, a fellow Cameroonian, said each person receives a kilo of rice, three tins of sardines and a bottle of milk per week.

"Tunisia does not properly take care of migrants," said the 32-year-old, who told AFP he was enslaved in Libya and forced to work in construction before boarding a boat for Europe.

But despite the cuts, centre head Mogni Slim said the food allowance is sufficient.

"It's not a great luxury but we offer food in accordance with the normal calorie intake," he said.