Brazilian real closes at record 4.197 to the dollar amid election jitters

TEHRAN, September 14 - Brazil's currency closed at a record low of 4.197 to the dollar on Thursday amid uncertainty and unpredictability surrounding next month's presidential elections. 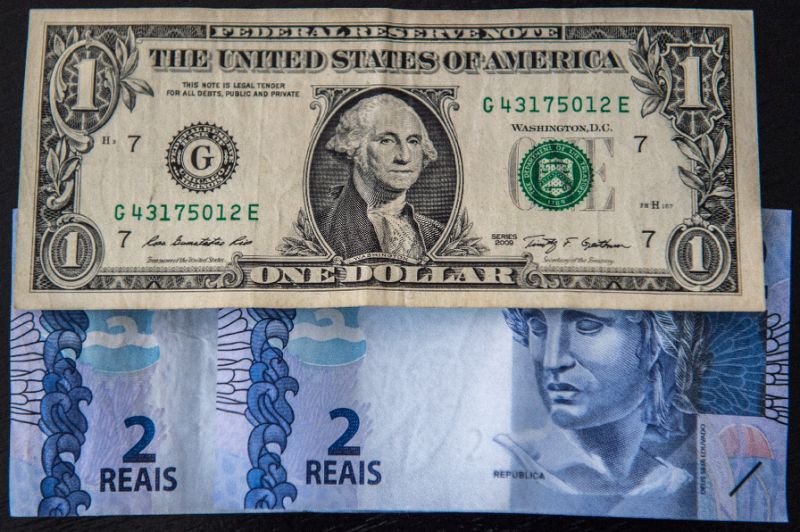 TEHRAN, Young Journalists Club (YJC) - The previous record of 4.166 dated back to January 2016, during a two and a half year recession.

The real lost 1.12 percent of its value on Thursday and has now lost 21.06 percent since the start of the year.

Brazil's at times surreal presidential election campaign has created nervousness in the markets as the fortunes of the two primary candidates swayed dramatically.

Leftist former president Luiz Inacio Lula da Silva was the runaway polls leader despite being jailed for 12 years in April for accepting a bribe.

Yet on September 1 he was barred from standing, thrusting right-wing former army captain Jair Bolsonaro into first place in the polls, a full 10 points clear of his nearest challengers.

But Bolsonaro, a polarizing figure, was stabbed in the abdomen while campaigning in the south last week and remains in the hospital following two operations.

Although that attack by a leftwing activist was expected to boost his ratings, Bolsonaro's ailing health has injected renewed uncertainty into both the election race and markets.

Market friendly center-right runner Geraldo Alckmin had been making gains but since Lula's Workers' Party named their replacement candidate, former Sao Paulo mayor Fernando Haddad, on Tuesday, some analysts are now predicting he will make it to the second round of voting and a run-off against Bolsonaro.

And that wouldn't be good for the markets.

While Bolsonaro had been gaining traction amongst investors, "the market is now asking what would happen if Bolsonaro were to die between the first and second rounds of voting," chief economist at Guide Investments, Victor Candido Oliveira told AFP.

"We expect a fair amount of volatility in the coming days. We're keeping an eye on Fernando Haddad's evolution which could have a pretty negative affect on the exchange rate," he added.

The first round of voting takes place on October 7 with the top two candidates going through to a head-to-head run-off three weeks later.

Bolsonaro is leading comfortably in most polls but it is also predicted that he would lose to almost any other candidate in the second round due to high disapproval ratings over comments he has made deemed by many as racist, misogynist and homophobic.

Haddad had been well off the pace with center-left candidate Ciro Gomes and environmentalist Marina Silva battling for second place, though the latter seems to have fallen away while Lula's replacement is gaining ground.