TEHRAN, September 14 - Iran has dismissed French concerns about its recent retaliatory missile strikes against terrorists based in Iraq's semi-autonomous Kurdistan region, pledging to keep neutralizing terror groups that pose a threat to its sovereignty. 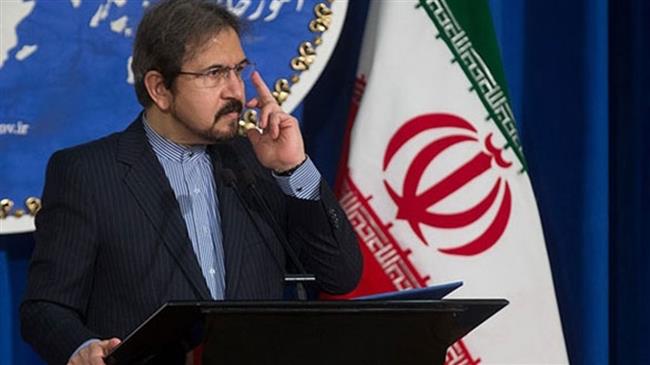 TEHRAN, Young Journalists Club (YJC) - "Iran has time and again made it clear by issuing necessary warnings that it will keep clamping down on all shapes of terrorism and violence on its borders and that it will continue implementing this substantive policy," Iran's Foreign Ministry spokesman Bahram Qassemi said in a press briefing on Thursday.

During the attack, which was carried out in retaliation for cross-border incursions by Iraqi-based terrorists, the IRGC fired no less than seven short-range missiles at a gathering of terrorist commanders, killing a number of them and destroying a militant training base in the process.

The French Foreign Ministry said in a statement that it "reaffirms the importance of respecting Iraq’s sovereignty and reiterates its concern over the development of Iranian missile programs."

Qassemi slammed France's refusal to address terrorist attacks against Iran from the Iraqi side of the border in the past and called on Paris to be "more sensible."

"Terrorism must be condemned regardless of how and where it takes place and without any political reservation," he said, adding that countries cannot be selective in condemning terrorism as they cannot be in respecting the sovereignty and the territorial integrity of others.

Referring to a terror attack in July that had killed 11 Iranian guards near the border with Iraq, Qassemi noted that punishing the perpetrators and putting an end to such attacks was "the least that the Iranian nation expected."

He said Tehran had long warned both Iraqi and Kurdish officials of terrorist activities taking place under their watch and expressed its determination to stop those activities.

Iran has made it clear that its domestically-developed ballistic missiles are purely defensive and part of its national security doctrine.

“This capability sent a very decisive message to all enemies,” said the senior general, warning “those who have forces, bases and equipment within a 2,000-kilometer radius around Iran” against any potential attack on the country.