Lack of viable Brexit deal will force May from office before Christmas: Labour MP

TEHRAN, September 14 -A senior Labour Party member of the Parliament (MP) has said that Britain’s opposition party is set to vote against any Brexit deal reached by Conservative Prime Minister Theresa May. 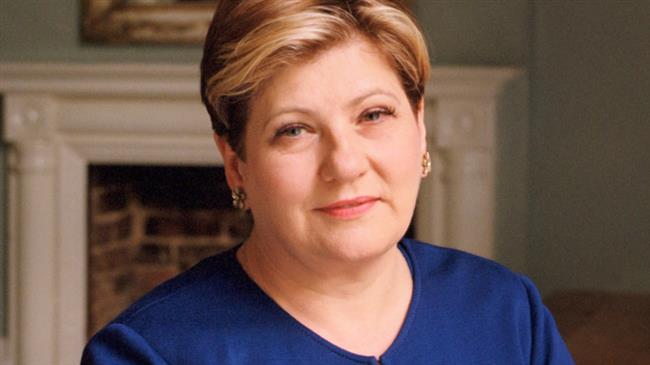 TEHRAN, Young Journalists Club (YJC) -Emily Thornberry, Labour’s foreign secretary in waiting, told the Financial Times on Friday that the lack of a viable exit from the European Union will force May to step down before Christmas.

Britain is scheduled to leave the European Union on March 29 but no full exit agreement has been reached yet. Some rebels in the Conservative Party have threatened to vote down a deal if she makes one.

If Conservative rebels vote against the possible deal, Labour lawmakers then would decide the fate of May’s government, because she would not command the 320 votes needed to carry parliament.

Thornberry said that a workable deal was “just not going to happen” under the Conservative prime minister.

The Labour Party has set six conditions for backing any Brexit deal but Thornberry said she saw little chance of any May deal satisfying them.

She said that May would be defeated on the crucial vote on any Brexit deal and there would need to be a national election within months.

“They are not capable of governing… We’re either going to have a general election in the autumn or we’re going to have it in the spring,” she said.

She said she preferred a national election rather than another referendum.

In a speech in London on Thursday, Abbott said that Labour would scrap the government's target of reducing net migration (the difference between those arriving in the UK and leaving) to below 100,000 a year.

British authorities have announced that November will be the deadline for finalizing a deal on Brexit.

Cabinet office minister David Lidington said last week that the EU and the United Kingdom should agree on a deal for Britain’s withdrawal from the bloc in November at the latest so that the deal could go through parliamentary approvals on both sides.