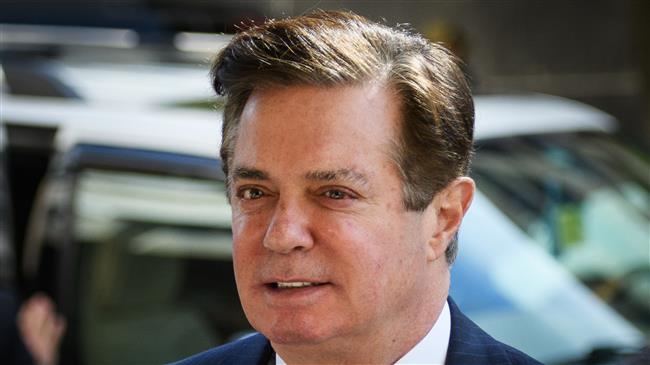 Rudy Giuliani, the former New York City mayor who is now representing Trump in the Russia investigiation, said that a guilty plea would not end Manafort’s chances of receiving an eventual presidential pardon.

“It’s not going to hurt him if he pleads guilty. Usually it helps you get a pardon down the road. It shows you’ve admitted your guilt,” he told Reuters on Friday before a deal was announced.

Manafort made millions of dollars working for Ukrainian politicians before he worked with Trump’s campaign for five months.

Trump last month sought to distance himself from Manafort after he was found guilty in federal criminal investigations, saying the case “does not involve me.”

Trump said he felt "very badly" about Manafort's conviction. However, the president stressed that the crimes Manafort was found guilty of committing had nothing to do with his work on the Trump campaign.

The case has raised questions about Trump’s judgment as he hired Manafort after the alleged crimes were committed.

Manafort was convicted in a federal court on eight counts of bank and tax fraud on August 21. He became the first campaign associate of President Trump to be found guilty by a jury as part of Special Counsel Robert Mueller’s long-running investigation.

Mueller, a former FBI director, is investigating alleged collusion between members of the Trump campaign and Russia during the 2016 election.

Meanwhile, Michael Cohen, the president’s longtime lawyer, appeared to implicate Trump in a criminal conspiracy to pay hush money to women who alleged affairs with the president.

Cohen said he made payments to adult film actress Stormy Daniels and a former Playboy playmate at the behest of a political candidate in order to silence the women.

Cohen also pleaded guilty to eight felony counts of tax fraud, bank fraud and campaign finance violations. He spent years working for the Trump Organization and until recently served as the deputy finance chairman of the Republican National Committee.