TEHRAN, September 14 - Reports coming out of Saudi Arabia said Saudi troops have attacked tents set up in the kingdom’s Shia-populated Qatif region in preparation for the mourning rituals during the lunar month of Muharram. 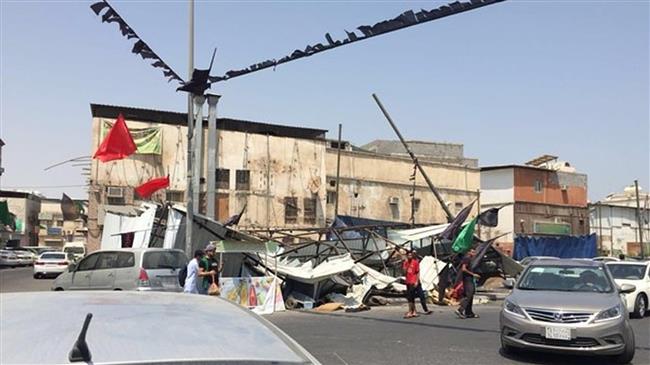 TEHRAN, Young Journalists Club (YJC) - Since the beginning of Muharram on Tuesday, Saudi forces have torn down at least 20 tents in Qatif, activists said on online social media networks.

They have also been removing Shia signs under the pretext of ridding the region of what they call “visual pollution.”

Social media users shared photos of the aftermath of the Saudi raids, Press TV reported.
Shia Muslims observe Muharram, which marks the martyrdom anniversary of Imam Hussein (AS), the third Imam of Shia Muslims and the grandson of Prophet Muhammad (PBUH).

Imam Hussein and his 72 companions, were martyred in the Battle of Karbala by the army of the tyrant of the time, the Umayyad caliph, Yazid I, in 680 AD.

Qatif, situated in Saudi Arabia’s Eastern Province, has witnessed anti-regime protests since 2011, with demonstrators demanding free speech, release of political prisoners, and an end to economic and religious discrimination.