TEHRAN, September 15 - Florence barreled into the Carolina coast and moved inland on Friday, knocking down trees, overflowing rivers, dumping sheets of rain and leading to the death of five people before it was downgraded to a tropical storm still capable of wreaking havoc. 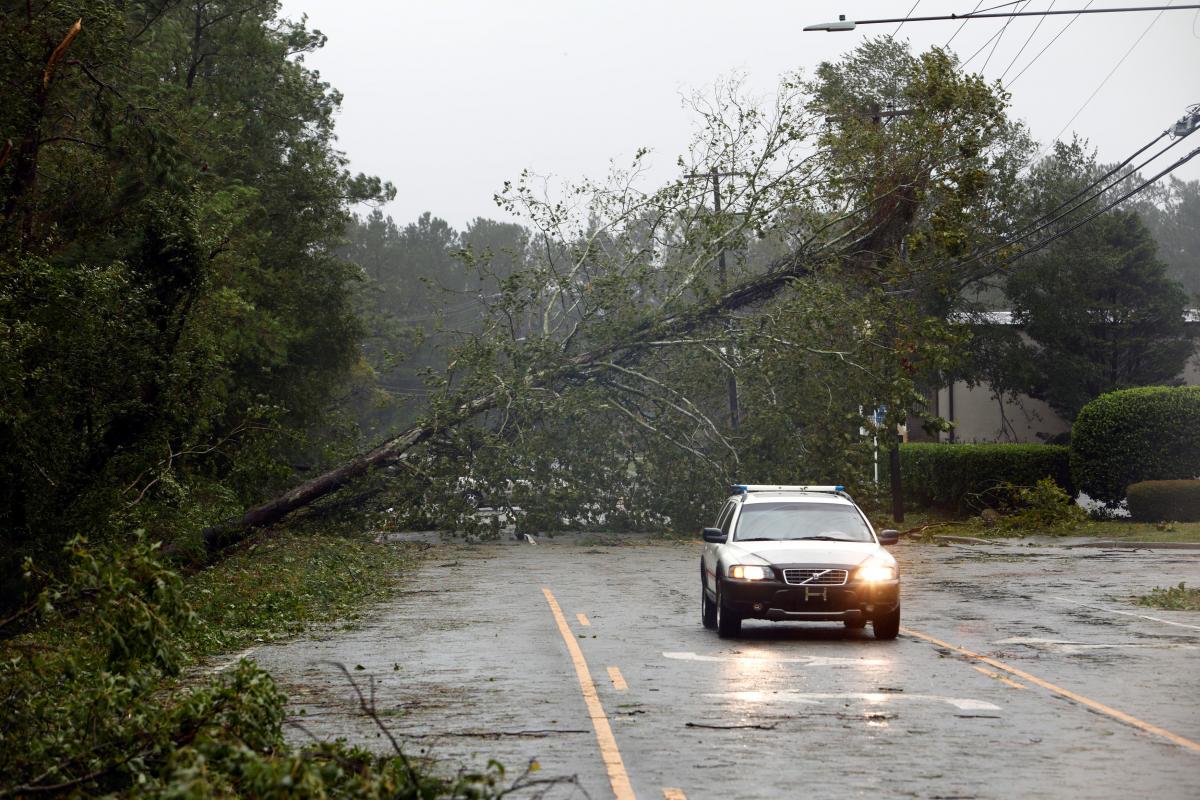 TEHRAN, Young Journalists Club (YJC) - A mother and her baby died when a tree fell on their home in Wilmington, North Carolina. The child's injured father was taken to a hospital. In the state's Pender County, a woman died of a heart attack; paramedics trying to reach her were blocked by debris.

Two people died in Lenoir County. A 78-year-old man was electrocuted attempting to connect extension cords while another man perished when he was blown down by high winds while checking on his hunting dogs, a county spokesman said.

"We knew this was going to be a big storm, but it is going to be of epic proportions," North Carolina Governor Roy Cooper told a news conference in Raleigh.

Cooper cited a National Weather Service forecast that said nearly the entire state could be covered in several feet of water.

Florence had been a Category 3 hurricane on the five-step Saffir-Simpson scale with 120-mph winds as of Thursday, but dropped to a Category 1 hurricane before coming ashore.

The National Hurricane Center downgraded it to a tropical storm on Friday afternoon, but warned that life-threatening storm surges - in which water is pushed by a storm over land that would normally be dry - catastrophic freshwater flooding were still expected.

The center of the hurricane's eye came ashore at about 7:15 a.m. EDT (1115 GMT) near Wrightsville Beach close to Wilmington, with sustained winds of 90 miles per hour (150 kph), the National Hurricane Center (NHC) said.

By Friday evening, the center of the storm had moved to eastern South Carolina, about 15 miles northeast of Myrtle Beach, with maximum sustained winds of 70 mph.

In New Bern, North Carolina, the storm surge "overwhelmed" the town, located at the confluence of the Neuse and Trent rivers, Cooper said.

Officials in the town of 30,000, which dates to the early 18th century, said over 100 people were rescued from floods and the downtown was under water by Friday afternoon. Calls for help multiplied as the wind picked up and the tide rolled in.

"These are folks who decided to stay and ride out the storm for whatever reason, despite having a mandatory evacuation," city public information officer Colleen Roberts said. "These are folks who are maybe in one-story buildings and they're seeing the floodwaters rise."

New Bern resident Dan Eudy said he and his brother were awakened on Thursday night by the sound of a boat ramming against his front porch. They ventured out in life jackets into the waste-deep water to tie the boat and another floating by to a tree. 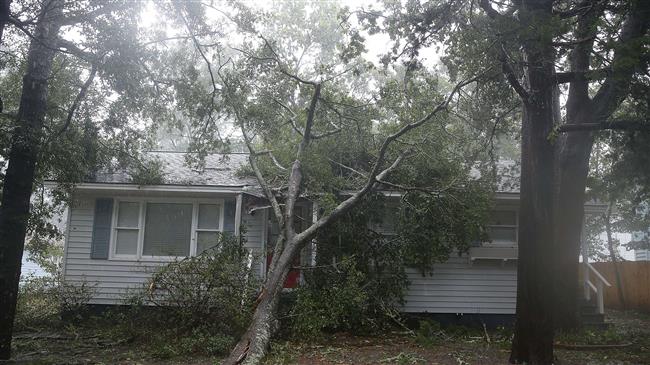 Eudy and his family stayed home in New Bern in part to protect their house. "And we had no belief it would be as significant an event as it was," he said. "This is a 500- or 1,000-year event."

Eudy's family has lived in New Bern since the 1850s, he said. His mom remembers Hurricane Hazel, when the water did not rise as high as his fifth step, where it was Thursday night.