OAS chief not ruling out military invasion of Venezuela

TEHRAN, September 15 - The head of the Organization of American States (OAS), Luis Almagro, warned Friday that military solution of Venezuela's economic and political crisis must not be ruled out, AFP Reported. 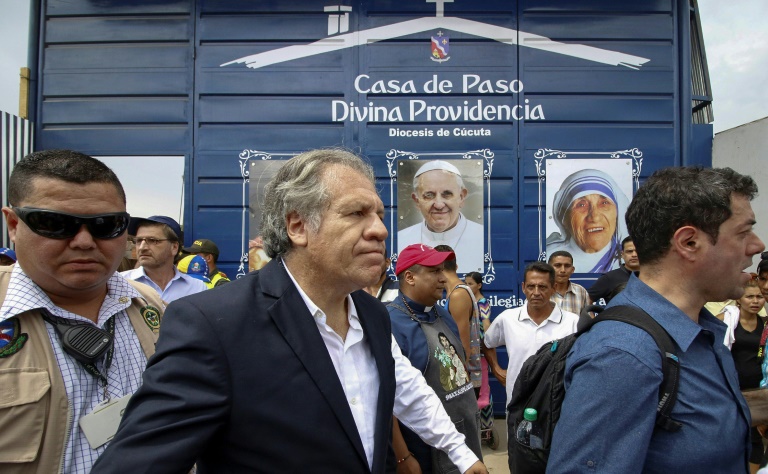 TEHRAN, Young Journalists Club (YJC) - "With regards to a military intervention aimed at overthrowing the regime of Nicolas Maduro, I think we should not exclude any option," Luis Almagro was quoted as saying by AFP in the Colombian city of Cucuta, near the border with Venezuela.

In early July, US media reported that US President Donald Trump has deliberated with his foreign policy advisers about a possibility of invading Venezuela in response to an ongoing crisis in the Latin American country.

Venezuelan President Nicolas Maduro, in turn, has called on the country's servicemen to be prepared to repulse the US aggression after the reports about Trump's seriously considering the possibility of invasion of the Bolivarian Republic.

On August 4, Nicolas Maduro was attending a military parade in the country's capital Caracas when his box was hit by an explosion caused by two bomb-laden drones, leaving Maduro unharmed but several soldiers wounded. Maduro accused Colombia of orchestrating the attack and added that some of the suspects resided in the United States. Both Washington and Bogota have denied any involvement in the incident.

Venezuela has been struggling with political and economic crisis amid a global slump in oil prices and US sanctions after Washington blocked its investors from buying Venezuelan debt and prohibited dealing in Venezuelan digital currencies.