TEHRAN, September 15 -A strong typhoon tore through the northern tip of the Philippines on Saturday packing winds of more than 200 kph (124 mph) along with torrential rain, killing three people and causing floods, landslides and power outages. 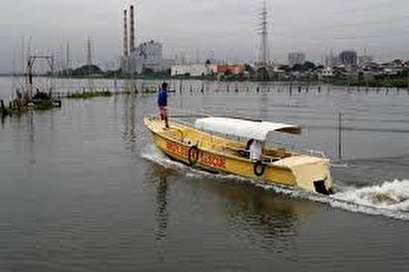 TEHRAN, Young Journalists Club (YJC) -A strong typhoon tore through the northern tip of the Philippines on Saturday packing winds of more than 200 kph (124 mph) along with torrential rain, killing three people and causing floods, landslides and power outages.

Mangkhut entered the Philippines as a super typhoon in the early hours, and sent winds and rains across the entire main island of Luzon, home to about half the country’s 105 million people.

Known locally as Ompong, Typhoon Mangkhut at one point had maximum gusts of 305 kph (190 mph) before it exited the land area before noon and moved towards southern China and Vietnam with reduced wind speeds of 170 kph (106 mph).

Two rescue workers were killed while trying to free people trapped in a landslide in the mountainous Cordillera region, said Ricardo Jalad, head of the nation’s disaster agency. No further details were provided. Police also said a body had been found in a river in Manila.

Philippine state weather agency PAGASA downgraded the domestic threat level, but warned the danger was far from over, with continued storm surges and heavy rains that could trigger floods and more landslides.

Rapid response teams were on stand by with the air force for search and rescue missions as authorities undertook damage assessments in areas in the path of the storm, which felled trees, electricity poles and tore off shop signs and sheet metal roofs hundreds of kilometers away.

There was flooding in several provinces and parts of the capital Manila. Authorities were preparing to release water from several dams, fearing constant rains could push reservoirs to dangerously high levels.

Mangkhut had been a category 5 storm for days since wreaking havoc in U.S. Pacific territories of Micronesia before edging towards the Philippines, where it is the 15th and strongest storm this year.

The typhoon’s peak winds were stronger than those of Hurricane Florence, which killed five people in the United States after it piled into the Carolinas knocking down trees, and gorging rivers and causing major power outages before it was downgraded to a tropical storm.