States watching Illinois' use of marijuana to fight opioid crisis

TEHRAN, September 15 -The Illinois legislature has become the first state to give doctors the ability to prescribe marijuana instead of opiates in an effort to fight the opioid epidemic, with other states looking to follow. 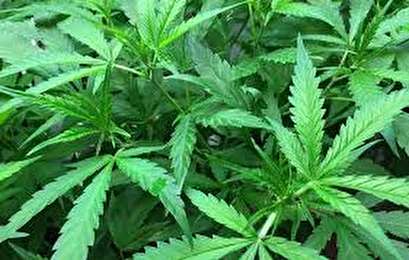 TEHRAN, Young Journalists Club (YJC) -The Illinois legislature has become the first state to give doctors the ability to prescribe marijuana instead of opiates in an effort to fight the opioid epidemic, with other states looking to follow.

A small but growing body of research suggests that access to medical marijuana reduces opioid use -- and therefore opioid addiction. The effect is so drastic that some policy experts say it may be an effective tool to combat the country's growing opioid crisis.

"If you look at states that allow medical cannabis, there are fewer people dying from opioid overdoses," said Chris Lindsey, the senior legal counsel for the Marijuana Policy Project. "And it's a significant number."

A 2014 study by the University of Pennsylvania found that states such as California and Oregon, where patients could use medical marijuana legally, had 25 percent fewer opioid overdose deaths between 1999 and 2010 than states that didn't. More recent studies indicate that patients who are prescribed marijuana need fewer opiates to regulate pain.

The data has spurred some states to change their stance on medical marijuana. Pennsylvania, New York and New Jersey this summer began allowing doctors to prescribe marijuana to patients who are addicted to opiates. Ohio is considering a similar law.

Illinois is the first state to give doctors the blanket right to choose between opiates and cannabis.

"Dealing with the opioid crisis in Illinois is a top priority for this administration, and it is one that requires innovated solutions," Illinois Gov. Bruce Rauner said before he signed the bill into law Aug. 28. "This law will help people avoid opioid addiction and that will save lives."

While researchers say that the data on medical marijuana is promising, they warn that it alone will not solve the opioid epidemic.

"It's not a silver bullet," said Jason Hockenberry, a health policy professor at Emory University. "We can't expect the opioid crisis to go away because of medical marijuana. Like all major public health crises, there's no one single magic solution."

But there is little doubt more access to medical marijuana will help, he said.

"This is a harm reduction strategy," Hockenberry said. "It allows patients to substitute one drug for another that is causing severe harm. By substituting marijuana, we're trying to reduce opioid overdose deaths."