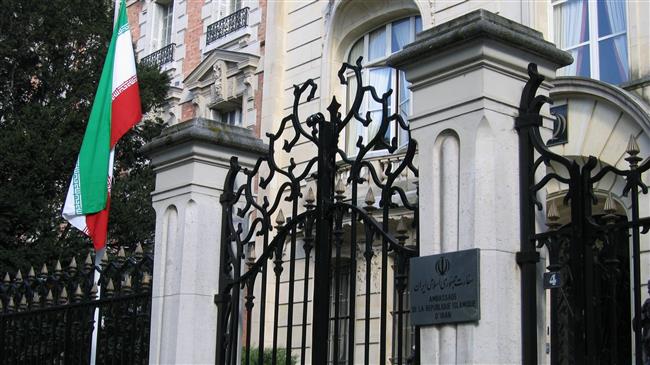 The attackers desecrated the Iranian flag and hurled stones and different objects at the building, causing damage.

Iranian media outlets described them as supporters of the Komala Party of Iranian Kurdistan, which is based in northern Iraq and has been engaged in anti-Tehran terrorist acts in the past decades.

There have been yet no comment from Iranian or French officials about the incident.

On Sunday, the IRCG confirmed that it had fired seven short-range missiles at a gathering of terrorist commanders in the Iraqi region.

The IRGC is on a constant watch for attempts by Iraq-based terrorists to infiltrate into Iran for acts of terror and sabotage.

The Corps’ has engaged the terrorists in western borders on countless occasions, nipping numerous terror plots in the bud, arresting terror elements, and seizing their weaponry and equipment.

The IRGC has warned the Kurdish authorities against losing sight of terrorist movements in the region. It has already warned that it reserves the right to pursue terrorists beyond Iran's borders if they launch any fresh terrorist attack against the country.