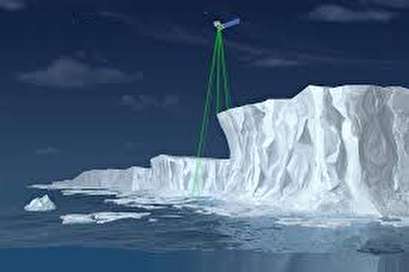 ICESat-2 is scheduled to be carried into space by a ULA Delta II rocket on Saturday morning. If weather and technology cooperate, the rocket and satellite will blast-off from California's Vandenberg Air Force Base at 8:46 a.m. ET.

The launch will be broadcast live on NASA TV.

"The U.S. Air Force 30th Space Wing weather officer reported they are predicting a 100 percent chance of favorable weather on launch day," NASA wrote in an update on Friday.

ICESat-2's only instrument is a laser system designed to measure the height of Earth's surface -- most importantly, sea ice's height. The sea ice's height will help scientists measure its thickness.

"ICESat-2 will let us get at the thickness by measuring the sea ice freeboard -- that's the height of the sea ice above the ocean," Tom Neumann, ICESat-2's deputy project scientist, told UPI. "A larger freeboard directly corresponds to a great sea ice thickness, given that we know the relative density of ocean water and ice."

Because the satellite's instrument can shoot six laser pulses -- not just one -- at high speeds, ICESat-2 will be able to observe changes in sea ice coverage and thickness in unprecedented detail. Scientists will be able to combine the new ice-related data with measurements captured by a variety of other satellites and instruments, helping scientists uncover hidden relationships between ice and other ocean and atmospheric phenomena -- wind, current, temperature, precipitation and more.

In addition to measuring minute changes in sea and land ice, ICE-Sat-2 will use it's height-measuring lasers to track sea levels, ocean waves and forest canopies.

"Science often moves forward when scientists figure out new and more precise ways to measure things, and with ICESat-2, and that's exactly what we're going to do," NASA scientist Tom Wagner told UPI. "There's going to be a lot of unexpected science to come out of this mission."

If all goes well on Saturday, the launch will be ULA's Delta II rocket's 153rd success -- and it's last. ULA is retiring the model. The retirement means ULA will have to rely even more heavily on its workhorse rocket, the Atlas V.