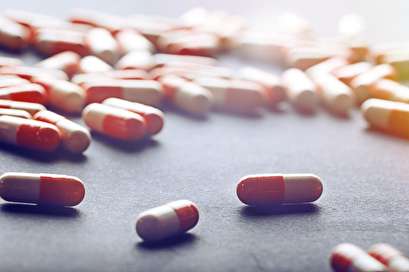 The U.S. Food and Drug Administration on Thursday warned that it has found a second impurity in three lots of Torrent Pharmaceuticals' valsartan drug products, which are used to treat both high blood pressure and heart failure.

The FDA first recalled valsartan medicines back in July, after the Chinese company that makes the drugs, Zhejiang Huahai Pharmaceuticals, found a contaminant called N-nitrosodimethylamine (NDMA) in several batches of its active ingredient, valsartan API.

NDMA is a suspected carcinogen. However, there was some reassurance earlier this week for people who had used the recalled Chinese-made product. A study involving more than 5,000 patients followed for nearly five years found those who took the recalled valsartan were not more likely to develop cancer in the short term. Long-term cancer risk remains unclear, however.

Contamination by both NDMA and NDEA could result from a specific sequence of manufacturing steps and chemical reactions, the FDA explained. After NDMA was detected, the agency immediately began retesting all valsartan products, including the already recalled drugs and others sold in the United States, the agency explained.

The FDA's testing shows that not all products made using Zhejiang Huahai Pharmaceuticals' valsartan API contain the potentially dangerous impurities.

"As we continue to investigate the root cause of the impurities found in products that contain valsartan, our scientists are testing these products to better understand these impurities and to ensure they're not present in other products," FDA Commissioner Dr. Scott Gottlieb said in the news release.

He said the FDA is also taking steps to prevent similar contaminations in the future, and providing the public with up-to-date information.

"We'll also continue to work with global regulatory agencies to learn as much as we can about how these impurities came about and how they may affect patients' health around the globe," Gottlieb added.

The agency has created a running list of affected products, and urges all patients taking a valsartan drug to check the list periodically to see if their medication is affected.

If you find that you are taking a drug that's included in the recall, talk to your doctor immediately, the FDA said. People using a recalled valsartan drug should not discontinue treatment until their doctor prescribes them an alternative medication, the agency said.