TEHRAN, September 15 -NASA has launched its Ice, Cloud and Land Elevation Satellite-2, known as ICESat-2, which will use an extremely precise laser to collect measurement data to track the Earth's shrinking polar ice from Vandenberg Air Force Base in California. 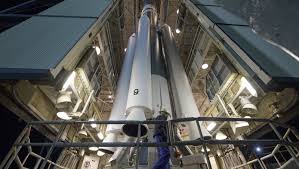 TEHRAN, Young Journalists Club (YJC) -The laser, known as ATLAS (Advanced Topographic Laser Altimeter System), splits into six beams and fires 10,000 pulses per second to collect very precise measurements for scientists to analyze. The satellite's orbit will take 91 days before repeating, allowing the device to measure the same locations four times a year, so scientists can see how they change over seasons.

NASA expects the project will shed light on how much the Arctic and Antarctic ice sheets grow and shrink each year, improving our understanding of sea level rise and how it impacts communities around the world.