TEHRAN, September 16 - A Turkish court has sentenced a former British soldier to seven-and-a-half years in jail for alleged links to a Kurdish militia that Ankara considers a "terrorist" group. 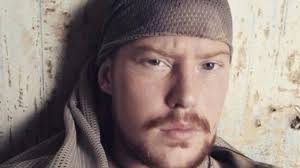 TEHRAN, Young Journalists Club (YJC) - Joe Robinson was arrested in July 2017 while holidaying in Turkey after he posted photos of himself in camouflage and posing next to fighters from the People's Protection Units (YPG) in Syria.

A court in the western city of Aydin sentenced him for "membership of a terrorist organization," the private DHA news agency said.

The YPG is an ally of the United States in the fight against the Islamic State in Syria. But Ankara is hostile to the YPG because of its links with the Kurdistan Workers' Party, which is fighting for Kurdish autonomy in Turkey.

Robinson did not attend the trial for health reasons, DHA said. He is currently on bail and planning an appeal.

His Bulgarian fiancee, arrested along with him, was also sentenced to nearly two years in jail for "terrorist propaganda," but she is currently in Britain, DHA said.

According to British press reports, the 25-year-old Robinson is a former soldier who served in Afghanistan in 2012 and went to Syria in 2015 to work in the YPG's health unit.