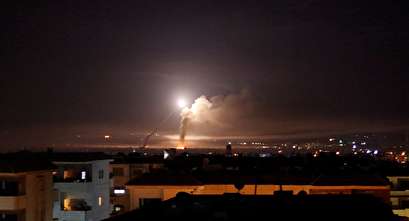 It came after reports said several explosions had been heard near the airport.

Israel has become increasingly involved in the war in Syria with attacks on the country’s military and civilian infrastructures over the past few months.

The Tel Aviv regime has launched the attacks as Syria has managed to recapture many areas across the country from the grip of Takfiri terrorists.

However, many of those attacks have failed as Syrian defense system has managed to shoot down missiles fired by Israel.