TEHRAN, September 16 -Magnetic waves are the main force in star formation in space, according to new research. 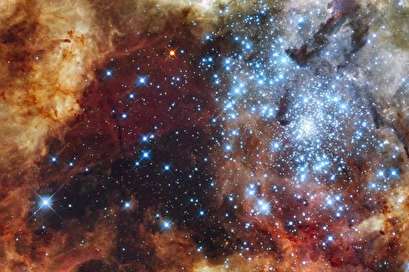 TEHRAN, Young Journalists Club (YJC) -Magnetic waves are the main force in star formation in space, according to new research.

This birth process leads to the formation of planets orbiting the sun and, ultimately, life on those planets, according Stella Offner, an assistant professor of astronomy at the University of Texas Austin. The new findings, which included using a supercomputer for models of the multitude of processes happening inside a cloud where stars are forming, was published this week in the journal Nature Astronomy.

"These clouds are violent places," Stella Offner, assistant professor of astronomy, said in a press release. "It's an extreme environment with all kinds of different physics happening at once." This includes gravity and turbulence as well as radiation and winds from forming stars, which are called stellar feedback.

Offner wanted to know: "Why are the motions in these clouds so violent?"

The answer, according to some astronomers, are observed motions to gravitational collapse, or possibly turbulence and stellar feedback.

Offner said it's virtually impossible to use telescopes to observe these clouds to find the influence of the various processes, she said.

Stellar winds interacting with the cloud magnetic field generated energy and influenced gas at great distances across the cloud more than previously thought.

This study focused on one area within star-forming clouds but Offner said she plans to study this process on larger scales in time and space.