TEHRAN, September 16 -London’s mayor Sadiq Khan has called for a second referendum on Britain’s departure from the European Union, saying such a vote has become necessary in light of government’s failure to secure a robust deal with the EU on Brexit. 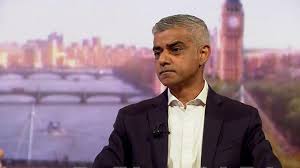 TEHRAN, Young Journalists Club (YJC) -Khan said in an article for The Observer published on Sunday that the UK government’s way of handling the Brexit talks suggests that Britain either faces a no-deal situation after it leaves the EU in March or a bad deal that would threaten the future of businesses and jobs in the country.

“The government’s abject failure – and the huge risk we face of a bad deal or a no-deal Brexit – means that giving people a fresh say is now the right – and only – approach left for our country,” said Khan.

The senior Labour Party politician said the threat posed by such a situation to living standards, the economy and jobs in the United Kingdom was too great for voters not to have a say.

UK Prime Minister Theresa May has roundly rejected the idea for a second Brexit referendum, saying lawmakers in Parliament that will have the final say on the outcome of the Brexit talks.

May is hoping her government could reach a deal with the EU in the middle of October or in early November. However, both the opposition and members from May’s Conservative Party have warned that they will reject her Brexit deal in the parliament. That could mean either May’s departure from power or snap elections in Britain.

Sadiq Khan’s argument for holding a second referendum comes despite Labour Party leader Jeremy Corbyn’s own refusal to endorse such an idea.

Corbyn may face renewed pressure to push for a second referendum in the upcoming Labour Party conference which is to be held in a week’s time.