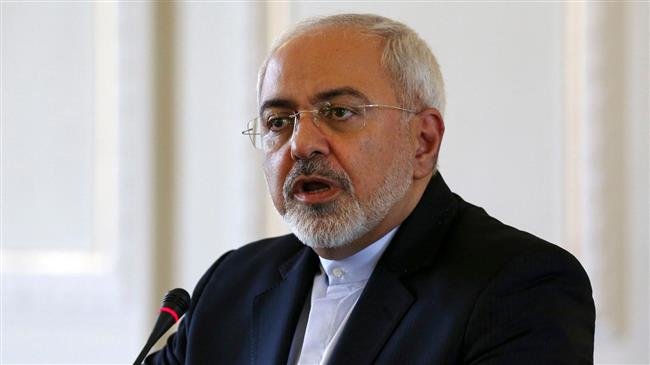 TEHRAN, Young Journalists Club (YJC) -Zarif made the remarks in a post on his official Twitter page on Sunday addressing Jack Patrick Dorsey, the co-founder and CEO of Twitter.

He said the accounts of real Iranians, including TV presenters and students, have been shuttered for allegedly being part of an "influence operation."

"How about looking at actual bots in Tirana used to prop up 'regime change' propaganda spewed out of DC?" the top Iranian diplomat asked, alluding to the anti-Iran terrorist Mujahedin-e Khalq Organization (MKO), whose members are currently based in Albanian capital city.

Back in August, Google removed 39 YouTube channels linked to the Iranian state broadcaster. Google terminated those accounts, along with six blogs on its Blogger service and 13 Google+ accounts linked with Iran. The move came after Twitter and Facebook also blocked hundreds of accounts on suspicion of possible ties with Iran.

The MKO has a dark history of assassinations and bombings against the Iranian government and nation. It notoriously sided with former Iraqi dictator, Saddam Hussein, in his eight-year war against Iran in the 1980s.

The group has been behind most of the terrorist attacks, which have claimed the lives of nearly 17,000 Iranians since the victory of the Islamic Revolution in Iran in 1979.

Initially designated as a terrorist organization by Europe and the US, the group has established close links with Western political parties.

In recent years, several media reports have emerged about top political figures in the US and Europe receiving money from the MKO to speak favorably of the terrorist group.

In September 2016, the last remaining members of the terrorist group were relocated from Camp Liberty (Hurriya), a former US military base near the Iraqi capital Baghdad, to Albania.

Iraq had long urged MKO remnants to leave the country, but a complete eviction of the terrorists had been hampered as a result of the US and European countries' support for the group.