France says has boosted security of Iran embassy in Paris

TEHRAN, September 17 - The French embassy in Tehran said the European country has taken some measures to increase the security of the Iranian embassy in Paris after it was attacked by a group of individuals affiliated to the Komala terrorist grouplet. 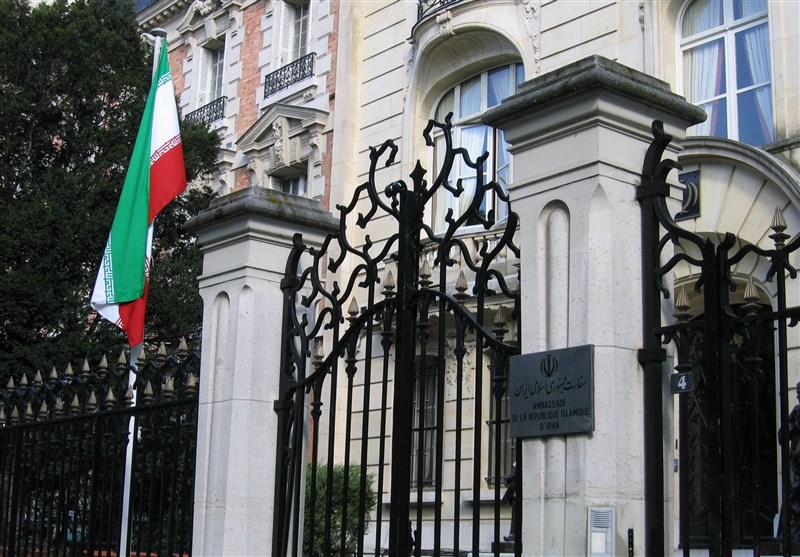 TEHRAN, Young Journalists Club (YJC) - In a statement released on Sunday, the French embassy said following the Friday attack on the Iranian embassy in Paris, the French police acted on the same day and interrogated the 12 demonstrators who had gathered in front of the embassy building.

Given France’s responsibility to protect diplomatic places, some measures have been taken with the approval of the Iranian embassy in Paris to strengthen security of the building, according to the statement.

The statement came after Iranian Foreign Ministry Spokesman Bahram Qassemi on Saturday urged the French government to put the attackers on trial.

Unfortunately, contrary to the expectations, the French police were not present at the scene during the attack, Qassemi said, adding that the issue is under investigation.

After follow-ups and the presence of police forces, a number of assailants were arrested by the police, he said, calling on the French authorities to put the perpetrators on trial and punish them.

The report added that French police carried out no measure to protect the compound during the attack despite the claim that they were aware of the assault and had informed the embassy officials in advance.

The Komala is an Iraqi-based terrorist organization which has carried out assassinations in western Iran since the Islamic Revolution in 1979.

The attack on the embassy came after the Islamic Revolution Guards Corps on September 8 launched a missile attack on a center in the Iraqi Kurdistan Region that was used for training anti-Iran elements and hosted a meeting of terrorist leaders.

The terrorists had a role in the recent killing of Iranian soldiers at a border post in the western city of Marivan.