TEHRAN, September 17 - Two people fell ill on Sunday while eating at a restaurant in Salisbury, the English city where former Russian agent Sergei Skripal and his daughter Yulia were poisoned in March, police said. 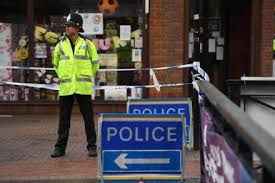 TEHRAN, Young Journalists Club (YJC) - In a statement, Wiltshire Police said there was nothing to suggest the incident at the Prezzo restaurant involved the nerve agent Novichok, and that it was not clear whether a crime had been committed. Enquiries were continuing, police said.

One of the two people taken ill at the restaurant is Russian, Sky News said, citing sources.

Officers were called to Prezzo in the evening in response to a "medical incident" involving a man and a woman, Wiltshire Police said, adding that the restaurant and surrounding roads were cordoned off as a precautionary measure.

Britain has said Russian officers used Novichok to attack the Skripals. The Kremlin has denied any involvement.

Police have said a nerve toxin had been left on the front door of the Skripals’ home.

They were found slumped in Salisbury city center after visiting the Bishop’s Mill pub and Zizzi, another Italian restaurant.

The former Russian spy and his daughter survived the murder attempt, but an unconnected woman, Dawn Sturgess, died in July and her partner Charlie Rowley fell ill after Rowley found a perfume bottle containing the same nerve agent.

Earlier this month British prosecutors identified two Russians they said were operating under aliases - Alexander Petrov and Ruslan Boshirov - whom they accused of trying to murder the Skripals with a military-grade nerve agent.

Britain charged the two men in absentia with attempted murder, and said the suspects were military intelligence officers almost certainly acting on orders from high up in the Russian state.