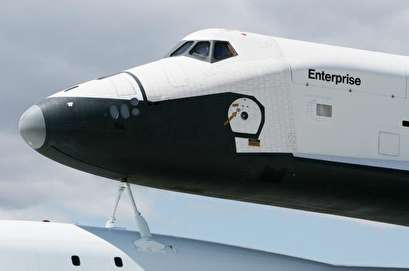 TEHRAN, Young Journalists Club (YJC) -On this date in history:

In 1787, the U.S. Constitution, completed in Philadelphia, was signed by a majority of the 55 delegates to the Constitutional Convention.

In 1972, North Vietnam released three American pilots, the first U.S. prisoners of war released by the country since 1969.

In 1976, NASA displayed its first space shuttle, the Enterprise, an airplane-like spacecraft costing almost $10 billion that took nearly a decade to develop.

In 1978, Egyptian President Anwar Sadat and Israeli Prime Minister Menachem Begin signed the Camp David Accords, laying the groundwork for a permanent peace agreement between Egypt and Israel after three decades of hostilities.

In 1983, Vanessa Williams of New York became the first African American to be named Miss America. She resigned 11 months later after nude photos were published but regained stardom as a singer and actress.

In 1991, North Korea, South Korea, the Marshall Islands, Micronesia, Estonia, Latvia and Lithuania were admitted to the United Nations.

In 1993, Cambodia's two leading political parties agreed that Prince Norodom Sihanouk would lead the nation. Sihanouk was installed as king a week later.

In 2001, U.S. President George W. Bush said Osama bin Laden, the suspected ringleader in the Sept. 11 terrorist attacks, was "wanted dead or alive." Bin Laden was killed in a 2011 U.S. commando raid in in Pakistan.

n 2004, the death toll from Hurricane Ivan was set at 38 in the United States and 75 in at the Caribbean.

In 2009, final unofficial results from a controversial presidential election in Afghanistan indicated that incumbent Hamid Karzai got 54.6 percent of the vote, enough to avoid a runoff.

In 2016, the first two of a series of three bombs detonated in the New York metropolitan area -- one in Seaside Park, N.J., and another in the Chelsea neighborhood of Manhattan. A third -- at a train station in Elizabeth, N.J., -- went off Sept. 19. The blasts injured 31 people and killed no one.