TEHRAN, September 17 - Palestinian President Mahmoud Abbas says Israel is working against peace and security by killing and displacing Palestinians and building settlements on occupied land with the support of the "biased" United States. 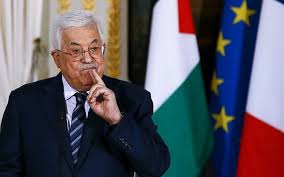 "This (Israeli) government's policies and the biased US decisions contradict the international resolutions and are harming the chances of making just peace based on the two-state solution along 1967 borders," the president said.

Palestinian officials have long sought to establish an independent Palestinian state within the borders that existed before the 1967 war between Israel and three other Arab states.

In that war — also known as the Six-Day War, the Israeli regime took over Arab and Palestinian land that it continues to occupy to this day. It has been expanding further into Palestinian land by building settlements for Israelis deeper and deeper into those territories, in what is effectively killing the chances of Palestinian statehood.

The Tel Aviv regime, under Prime Minister Benjamin Netanyahu, who hails from the hard-line Likud Party, has taken a radical shift to the far right, with cabinet members openly advocating the annexation of occupied Palestinian territories.

More than 230 illegal settlements have been constructed since 1967. In September 2016, the United Nations Security Council passed a resolution — with a notable abstention vote by the then-administration of US president Barack Obama — that denounced Israeli settlements as a "flagrant violation of international law."

The current administration of President Donald Trump, which took over shortly afterwards, has denounced that resolution — as has Israel — and has taken a decisive line in favor of the Israeli regime and against Palestinians.

In May, the US moved its embassy from Tel Aviv to Jerusalem al-Quds, in a largely solitary but consequential move that further complicated Palestinian aspirations for statehood.

Last week, the Trump White House also announced the closure of the Palestine Liberation Organization in Washington. Palestinian officials said on Sunday that Washington had also revoked the visas of Palestinian envoy Husam Zomlot and his family.

Back in August, the Trump administration announced that it was canceling $300 million in planned funding to the United Nations Relief and Works Agency for Palestine Refugees, which provides for the welfare of over five million Palestinian refugees across the Middle East.

The hard-line policies of the Israeli regime have, meanwhile, caused concern among the civilian Palestinian population, who routinely clash with Israeli soldiers.

The regime also routinely blocks access to the revered Al-Aqsa Mosque in Jerusalem al-Quds, angering Palestinian Muslims who wish to enter the site for worship.

In the Sunday meeting with Abbas, the Israeli delegation voiced appreciation for his commitment to peace, according to WAFA.