40% of Americans say US elections are not fair: Poll

TEHRAN, September 17 - The NPR/Marist poll published Monday also found that nearly half of respondents lacked faith that votes would be counted accurately in the upcoming midterm congressional elections. 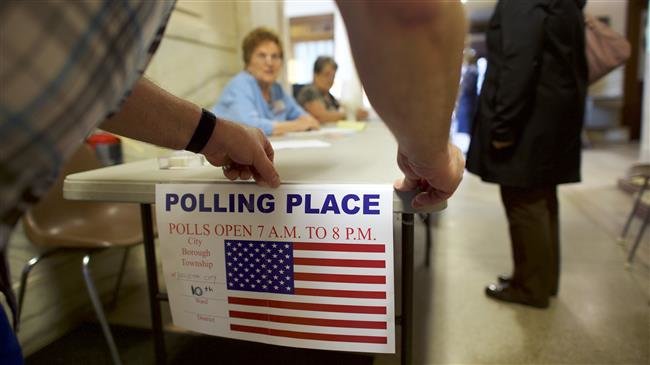 Nonwhites, women and Democratic Party voters all report significantly greater doubts about the fairness of elections compared to white men and Republicans.

Overall, 47 percent of all poll respondents said they think it is either “likely” or “very likely” that all votes will actually not be counted in the November election.

"On a whole this is a pretty lousy report card on the state of American elections," said Dr. Lee Miringoff, director of the Marist College Institute for Public Opinion, which conducted the poll.

On the general question about how much people trust US elections to be fair, 47 percent of women said they had little or no trust, compared to about a third of men who said the same.

US President Donald Trump was elected in 2016 with a majority of electoral college votes, but he lost the popular vote to Democratic nominee Hillary Clinton by almost 3 million votes.

In the poll results, there was clear concern by nonwhite voters that election tallying would be inaccurate in November.

Whereas 62 percent of white respondents said they travel less than 10 minutes on average to get to their polling station, just 41 percent of African-Americans and Hispanic voters said the same.

"There is a gap between white and nonwhite attitudes about a number of aspects of elections," Miringoff said. "It's not surprising to me, especially folks who come from communities that have faced barriers to voting, that they would perceive elections a bit differently than most Americans do."