TEHRAN, September 17 - A top chief who led a coalition of armed militia groups has surrendered in the central Kasai region of the Democratic Republic of the Congo with hundreds of youth fighters, according to local authorities. 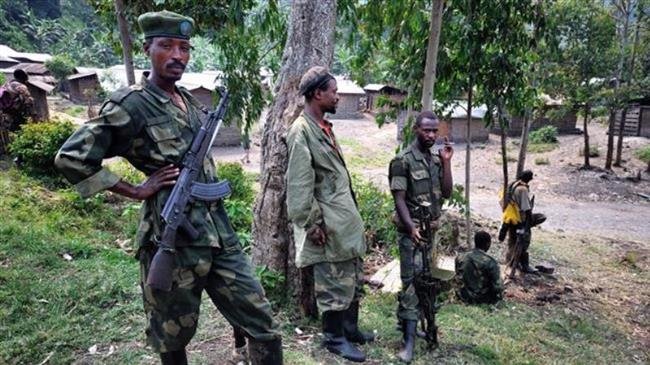 TEHRAN, Young Journalists Club (YJC) - Chief Ndaye Kalonga Nsabanga, who turned himself in on Saturday with many followers, was active in the troubled Kananga area.

"It's thanks to negotiations that he agreed to hand himself over," the vice president of Kasai Central province, Manix Kabwanga Kabwanga, told AFP on Sunday.

"We have realized that military and police operations cannot eradicate these armed groups because they blend into the population," Kabwanga said.

"Of the eight militia leaders who have been identified, seven surrendered this Saturday to (a) delegation led by the provincial minister of the interior," he added.

Some 600 youths presented as militia fighters also turned themselves in, with eight AK-47 assault rifles, 45 12-gauge shotguns and a number of clubs, as well as amulets, according to a military source.

"The hardest part is still to come," vice governor Kabwanga said. "It's the process of socially reintegrating all these militiamen."

Three soldiers and a civilian were killed in the raid, said an army source who asked not to be named.

Violence erupted in parts of Kasai in August 2016 between security forces and armed supporters of a prominent chieftain known as Kamwina Nsapu, whose authority was not recognized by the government.

Further attacks and clashes claimed more than 3,000 lives and displaced 1.4 million people between September 2016 and mid-2017.