TEHRAN, September 17 - An American writer and journalist says a powerful group of oligarchs are attempting to destroy the presidency of Donald Trump because he’s not fully advancing their agenda. 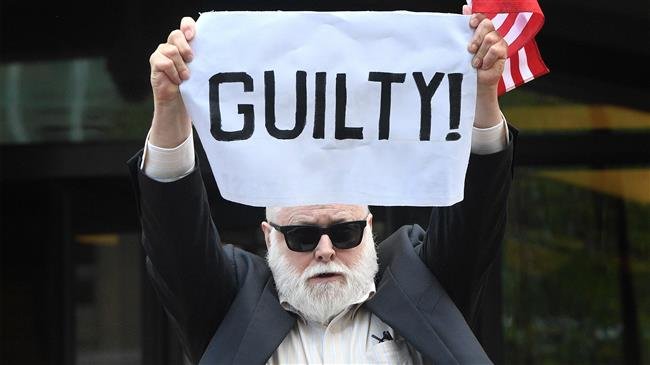 TEHRAN, Young Journalists Club (YJC) - “What we are seeing here is an attempt on the part of oligarchs to destroy the presidency that the people chose for the United States of America. So it’s a question of the oligarchs versus democracy, and how the oligarchs take charge after the people make the wrong decision from their point of view,” E. Michael Jones said in an interview with Press TV on Monday.

The analyst made the remarks while commenting on a statement delivered by former President Barack Obama's ethics chief, Norm Eisen, who said on Sunday that Trump will not "survive" the upcoming testimony by his former campaign chairman, Paul Manafort.

Trump’s presidency has been bewildered by allegations of Russian interference in the 2016 election and whether his campaign colluded with Moscow.

Federal charges against Trump’s former campaign chairman, Manafort, include money laundering and lobbying for a pro-Russia group in Ukraine.

Manafort has pleaded guilty and agreed to cooperate with Special Counsel Robert Mueller in his investigation into alleged collusion between the Trump campaign and Russia.

In an earlier interview with Press TV on Friday, Jones said, “In the United States right now we are living the Watergate affair of the 1970s when President Nixon was impeached. This is now called Russiagate and there is a threat ganging over President Trump’s head.”

Some Democratic members of Congress, notably Rep. Maxine Waters of California, support removing President Trump from office. However, Democratic leaders worry that the talk of impeachment might turn away the independent and Republican voters in swing districts that are crucial in the upcoming elections.

The Democratic rhetoric on impeachment could change depending on whether the party gains control of Congress this November.

Jones said that the Russia investigation led by Mueller is currently going nowhere. Nevertheless, he said, if Democrats gain control of the House and the Senate, “it’s a certainty that President Trump will be impeached.”

Mueller's probe has led to the conviction of Manafort and a guilty plea from the president's former personal lawyer, Michael Cohen. However, neither of the former Trump aides faced charges related to coordination with Russia during the 2016 campaign.