TEHRAN, September 17 -Iran's professional soccer club Persepolis has put on a dazzling performance in the 2018 Asian Football Confederation (AFC) Champions League, advancing to the semi-finals after beating al-Duhail of Qatar. 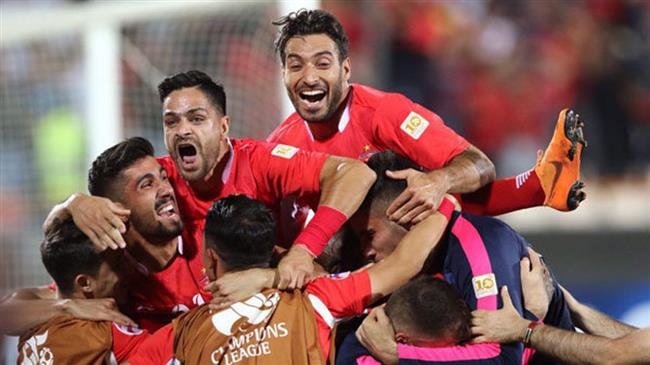 TEHRAN, Young Journalists Club (YJC) -Persepolis soccer team beat al-Duhail 3-1 in the second leg of the 2018 AFC Champions League quarter-finals at the Azadi Stadium in the Iranian capital of Tehran on Monday.

The Reds reached the AFC Champions League semi-finals for the second year in a row after coming from a goal down to earn a decisive win against the Qatari team.

Persepolis, however, were back in the game in the 57th minute after Jalal Hosseini's left footed shot from the center of the box rattled the top left corner of the net.

Al-Duhail defender Sultan Al Brake scored an own goal in the 76th minute.

Persepolis striker Godwin Mensha made it 3-1 in the 78th minute after dribbling past al-Duhail goalkeeper Amine Lecomte and applying a simple finish into the empty goal.

The Reds will face Qatar’s al-Sadd in the semifinals.