TEHRAN, September 18 - Russia has described emerging US sanctions against Iran as ‘unproductive’ with the country’s top energy official warning that there would be consequences for the world should Iran’s oil supplies to global markets are halted due to the sanctions. 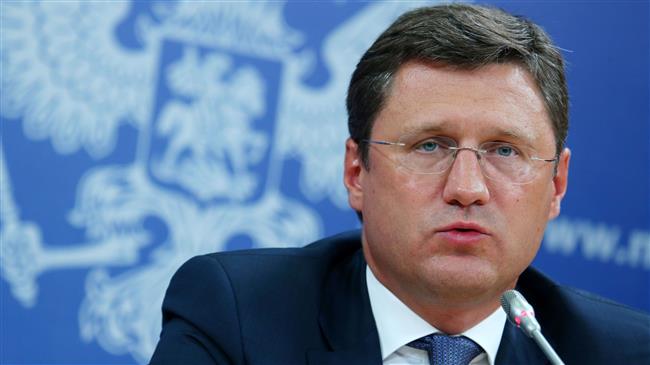 TEHRAN, Young Journalists Club (YJC) - "Our position remains that this is unproductive, this is wrong," Alexander Novak was quoted by media as saying on Monday, adding, "It is better to continue working in the market, Iran being just another exporter that provides stable supplies to the market."

Washington reinstated a series of unilateral sanctions against Iran on August 6, targeting Iran’s purchases of dollars, its trade in gold and precious metals. November 4 is the declared date for a second wave of sanctions that will target the Islamic Republic’s oil exports as well as its central bank.

New wave of anti-Iran sanctions by the US came after President Donald Trump withdrew Washington in May from the landmark Iran nuclear agreement.

Earlier, Russia’s Deputy Foreign Minister Sergei Ryabkov had emphasized that US efforts to bring down Iran’s oil exports to zero would lead to nothing and that US objectives in pursuing sanctions against Iran were “unrealistic.”

Ryabkov added that Washington had already become too isolated in its agenda against Iran to be able to create an international consensus to halt Iran’s oil sales.

Elsewhere in his remarks, Russia’s Energy Minister Novak described Iran as a key energy supplier, stressing that the world would only realize what the impacts of removing Iranian barrels from the markets mean when Washington’s sanctions against the country’s oil sales come into effec.

"It is one of the richest in resources and has a solid standing in terms of its energy capability both in the OPEC, and in the energy markets as a whole. So, I think there will be consequences, I am sure, but we could only comment once they are in place," he was quoted as saying by the CNBC.

The Russian official further said Moscow was waiting to "learn the legal particulars" and effects of the sanctions against Iran.

"We do not know how companies will react, [and] how countries that engage with Iran will react. We will have to see the actual adopted documents/sanctions," he noted.