TEHRAN, September 18 -Using nanotechnology, researchers have developed a way to treat prostate cancer by restoring tumor suppressors, based on preclinical models in the lab. 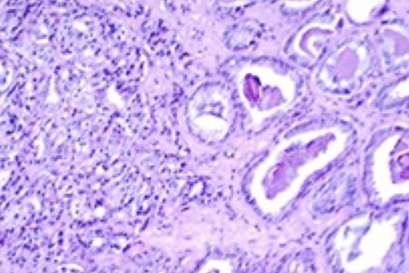 The loss of tumor suppressors, including genes such as PTEN and p53, helps cancer cells grow uninhibited.

Researchers from the Harvard-affiliated Brigham and Women's Hospital and Children's Hospital in Boston, as well as the Memorial Sloan Kettering Cancer Center in New York, published their findings Monday in Nature Biomedical Engineering.

While other researchers have focused on developing cancer therapies to target proteins and pathways highly active in cancer cells, the Boston-led team is studying ones that have been lost.

"Our approach represents the convergence of nanotechnology and biology," co-corresponding author Dr. Jinjun Shi, an associate professor of anesthesia at BWH, said in a press release. "Loss or mutation of PTEN has been observed in about half of metastatic castration-resistant prostate cancers and in many other human cancers, yet the reconstitution of functional PTEN has proven difficult."

Although challenging, this mRNA-based nanotherapeutic "offers a new strategy for cancer treatment and can complement currently available therapies such as target inhibitors," Shi said.

In the study, the researchers reintroduced functional copies of PTEN into cancer cells to turn back the body's natural tumor suppressing mechanisms.

They developed mRNA nanoparticles, which are super-small-scale delivery vehicles that can send messages of genetic information into cells.

In the lab, they found that the nanoparticles can kill cancer cells by efficiently infiltrating the cells, protecting mRNA from degradation and restoring tumor suppressor function.

By using imaging analysis, they visually confirmed these results.

"Most cancer therapies block something, such as an oncogene, that makes a tumor cell abnormal," said co-corresponding author Dr. Bruce R. Zetter, a professor in vascular biology at Boston Children's Hospital. "In this approach, we have added back a protein that makes the tumor cell more like a normal cell, less likely to grow out of control."

This is a proof-of-concept study but the team plans to continue testing the approach and find applications for other tumor suppressors, such as p53.

"These are exciting times for the field of nucleic acid therapeutics, with the recent regulatory approval of the first siRNA therapeutics and numerous mRNA therapeutics under clinical investigation," said co-corresponding author Dr. Omid Farokhzad, director of Center for Nanomedicine and professor of Anesthesia at BWH. "Our approach may prove useful in treatment of a myriad of malignancies and for other unmet medical needs."