TEHRAN, September 18 -Poland’s right-wing government has the chance to explain itself to its European Union peers on Tuesday for the second time in three months amid concern over changes to the judiciary that the EU fears could undermine its courts’ independence. 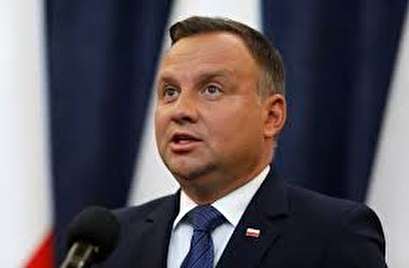 TEHRAN, Young Journalists Club (YJC) -Poland’s right-wing government has the chance to explain itself to its European Union peers on Tuesday for the second time in three months amid concern over changes to the judiciary that the EU fears could undermine its courts’ independence.

Poland’s Minister for European Affairs Konrad Szymanski said he would defend changes brought by the eurosceptic, nationalist minded PiS government at a hearing in Brussels before EU ministers - part of the bloc’s procedure to establish if Warsaw is in breach of EU principle on the rule of law.

What is expected to be a tense session comes a day after Poland was suspended from the European Network of Councils for the Judiciary (ENCJ), which decided the Polish council is no longer independent because it is now appointed by politicians, rather than judges as before.

“I can only hope that, like in June, the hearing will be a factual exchange of views on what is and what isn’t in line with European law, or European standards,” Szymanski told reporters as he went into the meeting with other EU ministers.

“We plan to defend the solutions adopted by the Polish parliament,” he said.

Poland’s situation echoes that of Hungary, which the European Parliament last week sanctioned for flouting EU rules on democracy, civil rights and corruption.

The government has enacted laws forcing into early retirement many Supreme Court judges, replacing them with its own nominees.

The move has been criticized by EU institutions, human rights groups and the local opposition as going against the rule of law. The Polish Supreme Court has asked the European Court of Justice, the EU’s top court, to rule if the early retirement was legal.

The Polish Supreme Court also ruled that the proposed PiS changes should be frozen until the ECJ ruling is made, but President Andrzej Duda, who is backed by the PiS, has moved to appoint new Supreme Court judges.

The PiS has already replaced many judges at the Polish Constitutional Tribunal and the heads of regular courts. Since coming to power in late 2015, it has also tightened its grip on public media and controls over non-government groups.

The country of 38 million people is due to hold local elections in October.

In August, the European Commission stepped up its legal case against Poland taking a formal infringement procedure against Warsaw to a second level, giving Poland one month to reverse the changes or face a trial at the ECJ.

But Warsaw has made no concessions and the Commission is expected to file a lawsuit against it at the ECJ on Wednesday.