TEHRAN, September 19 - Iran welcomed a recent agreement reached between Turkey and Russia to create a buffer zone in Syria’s Idlib Province, the last major terrorist bastion in the Arab country. 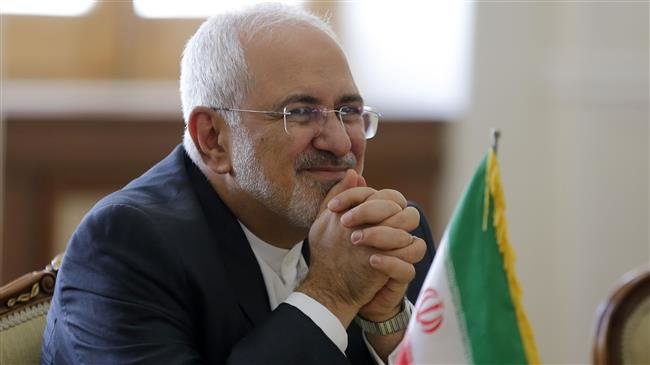 TEHRAN, Young Journalists Club (YJC) - In a post on his official Twitter account, Iran’s Foreign Minister Mohammad Javad Zarif hailed the deal as the fruit of “intensive responsible diplomacy” meant to avert a war in Idlib.

Following the meeting, Putin told a joint news conference with Erdogan that they had agreed to create a demilitarized zone of a depth of 15-20 kilometers in Idlib along the contact line between the armed opposition and government troops by October 15.

Separately on Tuesday, Iran’s Foreign Ministry spokesman Bahram Qassemi described the Sochi meeting and its outcome as “an important and major step towards cleansing Syria of the remaining terrorists.”

He further stressed that the Idlib agreement could help politically resolve the Syria crisis.

“Halting any violence and bloodshed while ridding the region of terrorism is among the most basic and fundamental pillars of the Islamic Republic of Iran’s foreign policy,” Qassemi added.

The Iranian spokesman also expressed hope that the results of the Sochi summit, which was held within the framework of the Astana peace process, could play an “effective role” in ending the Syrian people’s suffering and speeding up the expulsion of “violence-seeking forces” from the country.

In a joint statement issued at the end of the Tehran talks, the three sides said the Syria crisis could only be resolved through a negotiated political process, and has no military solution.

Tehran, Moscow and Ankara have recently stepped up their diplomatic efforts to resolve the Syria crisis. The three states serve as guarantors of the Astana process, a track of negotiations which have resulted in the return of a succession of militant bastions to the government fold and movement of civilians to safe zones.

In recent weeks, the Syrian army has been preparing for the liberation of Idlib, drawing support from Iran and Russia, but concerns from Turkey. Ankara fears a fresh influx of Syrian refugees in the wake of the Idlib battle.

Damascus also welcomed the Idlib agreement, saying it was “the result of intense discussions between Syria and Russia.”

Syria’s official SANA news agency quoted an official source at the Foreign Ministry as saying that the fresh deal has a specific timeframe and is based on the “sovereignty and unity” of Syrian land.

“It is part of previous agreements ... which were based on the commitment to ... liberating all Syrian land, whether from terrorists or from any illegitimate foreign military presence,” he added.

The official also expressed Damascus’ determination “to go ahead in its war against terrorism until all the Syrian territories are liberated whether by military operations or by local reconciliations.”