Iran enters Oscars with ‘No Date, No Signature’

TEHRAN, September 19 - Iran contests the 2019 Academy Awards’ foreign film accolade with director Vahid Jalilvand’s ‘No Date, No Signature,’ hoping to hold up the country’s legacy in the competition. 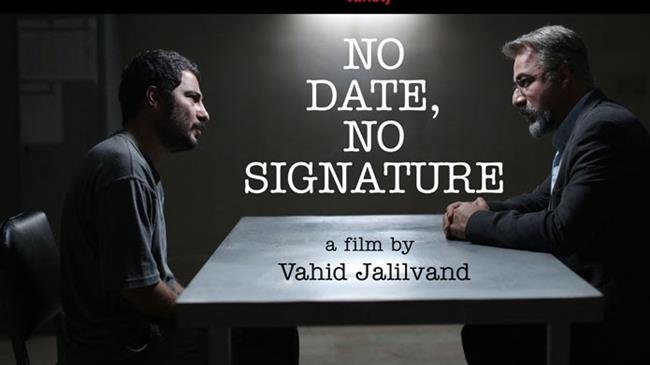 TEHRAN, Young Journalists Club (YJC) - The announcement was made by Iran’s Farabi Cinema Foundation, which picks the Islamic Republic’s submissions to the cinema world’s most competitive playing field.

The already-fêted flick chronicles a morally-right forensic expert’s struggle with feelings of guilt that tells him he might have killed a child in an accident.

Navid Mohammadzadeh, a decorated young actor, known for shining in hard-boiled and tough roles, plays the part of the dead youngster’s father.

Responding to calls for boycotting the 2019 competition in response to hostile US actions targeting Iran, Farabi Foundation said, “The Academy is a non-governmental institution and belongs to American cineastes.”

It added, “American cinema, in particular the Academy members, in their attitude of mind, alongside the absolute majority of the US press and media, are the main centers for opposition, criticism, and divergence against [President Donald] Trump’s populism and his racist and despotic policies.”

Iran won the Academy Award for the Best Foreign Language Film in 2017 for “The Salesman” and in 2012 for “A Separation,” both directed by acclaimed Iranian filmmaker Asghar Farhadi.