TEHRAN, September 19 - British Foreign Secretary Jeremy Hunt will arrive in Myanmar on Wednesday for a two-day visit during which he will have talks with the country’s leader Aung San Suu Kyi, the Foreign Office said. 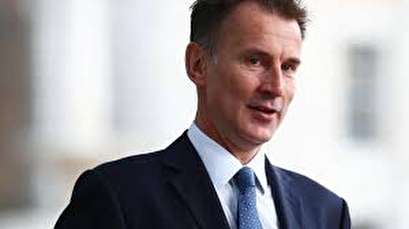 TEHRAN, Young Journalists Club (YJC) - Ahead of the trip, Hunt said Britain would increase its support to gather evidence for Rohingya victims who have suffered sexual violence at the hands of the military in Rakhine state.

U.N. investigators said last month that Myanmar’s military carried out mass killings and gang rapes of Rohingya with “genocidal intent”, and that the commander-in-chief and five generals should be prosecuted under international law.

“The United Nations fact-finding mission exposed terrible suffering in Burma, and in the face of such serious allegations, no country that considers itself humane can stand back and do nothing. We are determined to do all we can to provide security, dignity and justice to the victims,” Hunt said in a statement.

“Together with our international partners, we will increase our support for those who have been victim of these heinous acts.”

The support will include additional deployment of experts in preventing sexual violence by the end of the year and development of a code of conduct for gathering evidence, he said.

Hunt will visit the Association for the Assistance of Political Prisoners to talk to human rights defenders, and will also go to northern Rakhine, the Foreign Office said. He will hold talks with Suu Kyi on Thursday.

Western criticism has mounted of Suu Kyi’s failure to speak out against military treatment of the Rohingya. She has said that in hindsight, her government could have handled the Rakhine State situation better.

Hunt said this month he would also use the visit to raise the case of two Reuters journalists jailed for their reporting of the Rohingya crisis.