TEHRAN, September 19 - Texas cattle rancher Bill Martin is a lifelong Republican who owns more than 20 firearms and has been shooting guns since the age of 6. 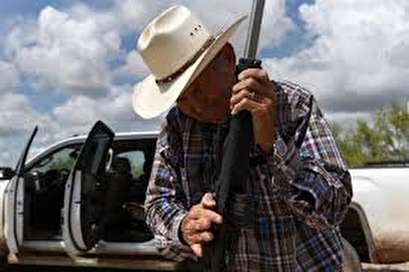 TEHRAN, Young Journalists Club (YJC) _Texas cattle rancher Bill Martin is a lifelong Republican who owns more than 20 firearms and has been shooting guns since the age of 6.

He is now considering the once-unthinkable: voting for a Democratic Senate candidate who wants tougher gun laws.

Martin, 72, has a simple explanation for his change of heart: He is sick of the gun violence plaguing America and his gun-loving state, where 26 worshippers died in a church massacre last year.

“Even as conservative as I am, there has to be a middle ground on guns,” said Martin during an interview on his ranch near the city of Carrizo Springs.

Martin’s nuanced view on firearms - he loves them but wants to see tougher restrictions - is one U.S. Senate candidate Beto O’Rourke hopes is gaining traction in Texas.

O’Rourke, a congressman from El Paso and the Democratic challenger to Ted Cruz in November’s Texas Senate race, has made reforming gun laws a central part of his platform, calling for universal background checks and a ban on assault weapons.

In previous elections, a Democrat calling for gun reforms in Texas, which has the country’s highest rate of gun ownership, faced almost certain political suicide. But O’Rourke is presenting a serious challenge to Cruz.

A Reuters/Ipsos/UVA Center for Politics poll released on Wednesday shows O’Rourke having pulled even with Cruz among likely voters. Other recent polling has shown Cruz slightly ahead, and a Quinnipiac University Poll released Tuesday found O’Rourke trailing by 9 percentage points.