TEHRAN, September 19 -Muslim worshippers leaving a mosque in London have been hit by a car in a possible hate crime that saw the driver hurling Islamophobic slurs at the people taking part in a religious ceremony for the grandson of Islam’s Prophet Muhammad. 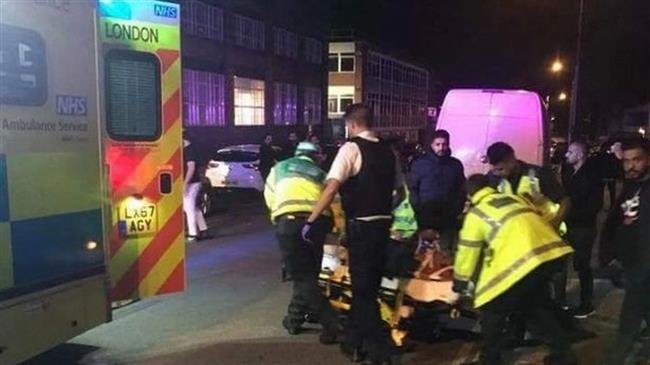 TEHRAN, Young Journalists Club (YJC) -UK police and officials at the Hussaini Association located in the Cricklewood area of northwest London said the attack began in the early hours of Wednesday.

The alleged assailants, reported in local media to be three men and a woman, all in their mid-20s, taunted and shouted Islamophobic insults, police and Mosque officials said.

Authorities said a man in his 50s had been hospitalized to receive treatments for a serious leg injury while two men, in their 20s also sustained injuries in the attack.

Up to 1,500 worshipers were at the center to mark the martyrdom of Imam Hussein (PBUH), a grandson of Islam’s Prophet Muhammad and Shia Islam’s third Imam.

The lectures and mourning ceremonies, organized by the Hussaini Association, is the largest of such religious programs in London.

The organizers said the program had just finished and those in attendance were leaving the venue when the suspected vehicle veered onto Oxgate Lane from a side road and sped down towards the Edgware Road junction.

One witness reportedly said the driver “was trying to kill people”.

“This was someone who was trying to take out as many people as possible. He swerved left right trying to hit people,” said another bystander.

London Metropolitan Police have confirmed they are treating the incident as a suspected ‘hate crime’ with Police Chief Superintendent Simon Rose describing the attack as a “racist Islamophobic attack”.

Balagh Al Balaghi, the spokesperson for the mosque said in a statement that Muslim living in the area would “not let hatred sow division within the community”. He emphasized the peaceful message of Imam al-Hussein who is honored by Muslims around the world at this time of the year.

The attack comes as anti-Muslim hate crimes and incidents have been steadily rising across the United Kingdom in recent years.

Last year, a man identified as Darren Osborne ploughed into worshipers outside Finsbury Park Mosque in London, leading to the death of 51-year-old Makram Ali.