TEHRAN, September 19 -Cyprus and Egypt on Wednesday signed an agreement paving the way for the Mediterranean's first subsea pipeline to carry Cypriot natural gas to the Arab country for re-export to Europe. 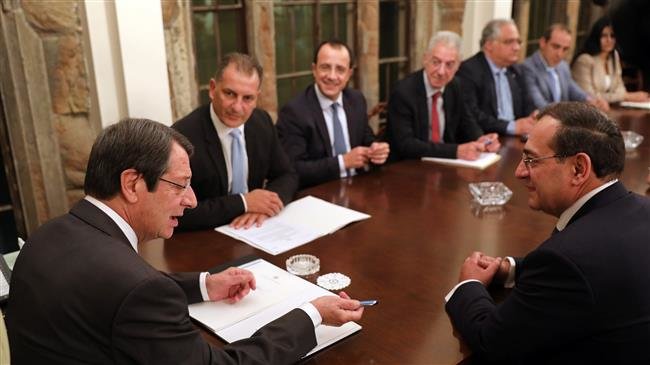 He said the agreement, "the first of its kind in our shared region," was crucial for channeling gas from the island's "Aphrodite" offshore field to Egypt and to attract multi-billion-dollar infrastructure investments.

A joint committee would be set up in 30 days to oversee the project.

Texas-based Noble Energy in 2011 made the first discovery off Cyprus in the Aphrodite block estimated to contain 4.5 trillion cubic feet (130 billion cubic feet) of gas but it has yet to be extracted.

The Aphrodite consortium, which also includes Israel's Delek and Royal Dutch Shell, seeks to renegotiate terms before it taps the gas.

It is currently in talks with the Cypriot government over a bigger share of profits to make the project viable.

The discovery of nearby Egypt's huge Zohr offshore reservoir in 2015 has stoked interest that Cypriot waters could hold the same riches.

Wednesday's agreement is backed by the European Union in its search to diversify energy sources.

"We are essentially talking about a European pipeline, intended to transport Cypriot natural gas to Egypt for re-export to Europe in the form of liquified natural gas (LNG)," said Lakkotrypis.

The pace of construction of the pipeline to deliver gas to Egypt would depend on commercial agreements with investors.

The island has also issued exploration licenses to ENI of Italy, the US firm ExxonMobil and France's Total.