TEHRAN, September 20 - Millions of Iranians hold mourning processions across the country on Ashura, which marks the martyrdom anniversary of Imam Hussein (PBUH), the third Shia Imam. 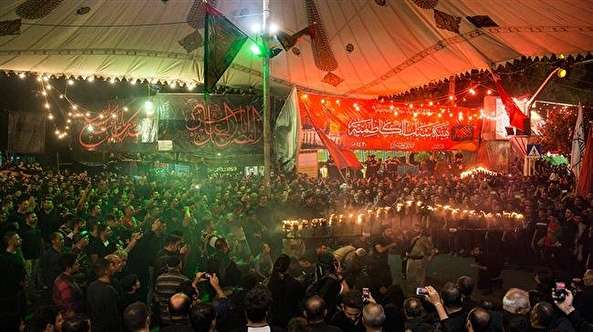 TEHRAN, Young Journalists Club (YJC) - The faithful Shia Muslims, dressed in black, have converged on the streets and in mosques in all cities and towns to listen to elegies in commemoration of Ashura, the 10th day of the lunar month of Muharram, which fell on Thursday in Iran.

Imam Hussein, the grandson of Prophet Muhammad (PBUH), and 72 of his companions were martyred in the Battle of Karbala, in southern Iraq, in 680 AD after fighting courageously for justice against the much larger army of the Umayyad caliph, Yazid I, which some historians estimate to have been 100,000-strong.

Ashura, which is the culmination of a 10-day annual mourning period in Muharram, is also commemorated by Shia Muslims in several countries across the world.

The Muharram ceremonies symbolize the eternal and unwavering stance of truth against falsehood and humanity’s struggle against injustice, tyranny and oppression, the cause for which Imam Hussein was martyred.

The annual mourning rituals are observed in ultimate magnificence in the holy Iraqi cities of Najaf and Karbala, the latter of which hosts Imam Hussein’s holy shrine.

On the eve of Ashura, known as Tasu’a, Shia Muslims paid special tribute to Abbas ibn Ali, the half-brother of Imam Hussein, because of his sacrifices in the Battle of Karbala.