TEHRAN, September 20 - Pakistan's former prime minister Nawaz Sharif, his daughter and son-in-law were released from prison Wednesday after a court suspended their sentences and granted them bail pending their appeals hearings. 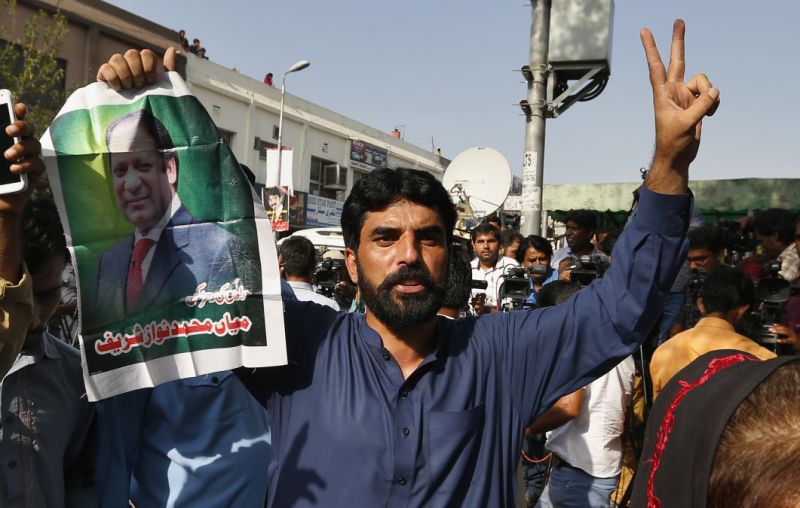 TEHRAN, Young Journalists Club (YJC) - The Islamabad High Court made the decision after the Sharifs petitioned to appeal their sentences, which were handed down by an anti-graft tribunal earlier this year in a corruption case against them. The three were released from a prison in the garrison city of Rawalpindi.

The development is the latest twist in a series of scandals involving the former prime minister, beginning with his ouster from office last year, to several corruption cases and trials he still faces.

When the anti-graft tribunal first convicted and sentenced Sharif on July 6, he was in London with his daughter, visiting his critically ill wife. The father and daughter returned home a week later and were taken to prison to serve their sentences.

In Wednesday's decision, the two-judge panel headed by Justice Athar Minallah ordered that Sharif, his daughter Maryam Nawaz and son-in-law Mohammad Safdar, be released once they each post a bond of half a million rupees, or about $4,000.

In the evening, the three were released from the prison, where many party leaders and a large crowd of supporters gathered to receive them, said Sen. Mushahidullah Khan, a close aide to Sharif. Khan said Sharif and relatives were escorted to the airport amid tight security. From there, they were to fly to the eastern city of Lahore.

Khan said Sharif and his daughter mourned the loss of Kulsoom Nawaz, Sharif's wife who died after a long battle with cancer while they were in prison.

"I thought I would go straight to mother but she is no more," Khan quoted Nawaz as saying.

Television footage showed a security vehicle driving the Sharifs through a massive crowd of supporters, some showering rose petals on the vehicle while others waved party flags and chanted slogans. Later, they arrived at the family's estate in the Lahore suburbs to a warm reception by supporters.

Sharif was temporarily released earlier this month to attend his wife's funeral.

Prosecutors in the case, the National Accountability Bureau, said they would appeal Wednesday's ruling and take the case against Sharif to the country's Supreme Court.